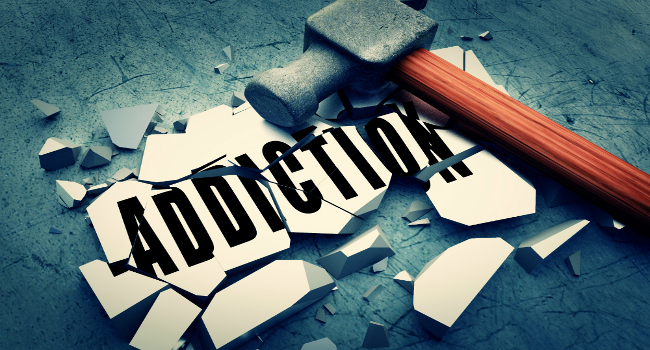 Whilst it is impossible to know the exact numbers of addicts for each drug and alcohol, recent data has shown us that the following number of addicts can be associated with each of these drugs in the United States.

Nicotine addiction has the highest number of addicts overall. It is often thought of as the least harmful of all addictions as cigarettes are legal and side effects are usually very weak. However, tobacco use actually claims more lives than any other addictive substance. Despite the warnings on cigarette packages and in the media, people find it hard to quit, even knowing that tobacco is damaging their health. Wanting to quit, but not being able to, is a sure sign of someone being addicted.

Alcohol addiction is often hard to spot due to the social acceptance of drinking. Despite alcohol being legal, the potential for addiction and abuse can open users up to many health risks.

Since the legalisation of marijuana in a number of states across the US, the drug has become more socially acceptable. This can cause people to be distracted from the potential addictiveness of the drug. The increase in addiction to marijuana may also be down to the fact that the potency has increased over the last decade.

There are many drugs commonly prescribed by doctors and pharmacists to help relieve pain. Just because these drugs are prescribed it doesn’t mean that they are not addictive. Addiction can actually occur from seemingly harmless levels of use. Most people who use painkillers for a while do not know that they are addicted until they actually try to stop. Once addicted, taking painkillers can be a hard addiction to cure.

Cocaine is a popular drug amongst the high class due to it being relatively expensive. Whilst the amount of addicts In the United states is reducing, it is at a very slow rate. Cocaine can cause many health problems and in particular can cause damage to the heart. Crack cocaine is a more intense drug which is responsible for lots of ruined lives and crippling addictions.

This drug is often considered the worst of them all. The withdrawal symptoms can be horrific and this is why breaking the addiction can be very tough. Treating this addiction often requires a combination of medications and therapy. Many heroin addicts will go into rehab.

There is a growing concern that the rate of younger women using this drug is growing. There is also concern that HIV and aids will be spread by the sharing of needles.