High school is tough. Teenagers have to deal with a tough study load, changing bodies, and social media issues that are growing each and every day. In Australia, an even bigger threat is present. The proportion of Australian high school students who are using ecstasy has more than doubled in the past three years. This has led to parents and officials alike trying to warn youngsters of the normalization of drug use. This basically means trying to teach teens that just because everyone else is doing or using illicit drugs does not mean it is safe. This can be tough considering that most teens are followers in that if friends are trying to be part of the crowd, they will as well.

Surveys further showed that of the twenty thousand students who provided answers in Australian high schools, 16 percent of seventeen-year-old boys had tried ecstasy, compared to only slightly over 9 percent just three years earlier. The number of female sixteen year old also nearly doubled up to 9 percent. It was further discovered that many students used more than one substance at a time and like many adults, those with mental health issues were more likely to use. As ecstasy can be found relatively cheap in Australia, students find it affordable and accessible, leading to higher use. As some has been found to contain purer MDMA, students feel it is safer, but this can actually cause more issues.

Information of ecstasy is easily found, so much attention will not be paid in this section. However, ecstasy was originally pure MDMA and had a medical purpose. In the 80s, after a host of research and notable issues, ecstasy was finally, completely outlawed. While current day ecstasy is still primarily a party drug due to the overall effects, it is rarely pure MDMA. For the most part, MDMA is not even an ingredient in current day ecstasy, though many believe it is and use the pill or liquid form without concern.

As mentioned, ecstasy has grown in popularity due to accessibility, especially in clubs, at parties, and raves. It goes by many names including X, E, Adam, XTC, hub, love and beans, among others. Ecstasy can be taken orally, often in colorful pills with pictures or logos imprinted on the side, or injected in liquid form by syringe.

It can be difficult to know for certain if your teen is abusing ecstasy, but there are a few red flags that could signal an issue. These include:

Most users will feel the effects of ecstasy for three to six hours, though some may last longer. About fifteen minutes after taking it, the drug enters the bloodstream and brain and within 45 minutes, a euphoric experience begins. This also starts the extreme hyper activity that is common to ecstasy users. The alertness also offers an elevated mood, increased esteem, self-insight, and even communication.

Those using ecstasy can dance, talk, and lose track of time for hours. This can be problematic because the user to become dehydrated and very ill, sometimes fatally. This is partly true because increased body temperature causes hyperthermia that can lead to kidney and heart damage that is long term or hyponatremia, water intoxication, which increases the blood sodium levels too much. These two issues are more of a concern with larger or multiple small doses in a single period, but no ecstasy use is ever safe.

A teenager abusing any type of drug is scary for parents, but knowing what drug to watch for or even just general signs of drug abuse is helpful. Watch for changes in your teen that include:

There are also other areas that can signal a problem that fall into the psychological and health areas. These include:

These are not all the signs in those areas, but are common to ecstasy and other drugs. The final area parents must really watch is that of personal appearance. Look for changes in hygiene, unexplained bruises, cuts, or scrapes, track marks, and unusual odors.

Helping a Teen with Drug Addiction

It can be difficult to handle drug related issues with your teenager, but the key is open communication. IF signs or symptoms appear, then have an open, anger free discussion with your teen. They need to be able to open up to you without fear, but also with the understanding that any type of illegal drug use is not acceptable. Stopping drug use as early as possible is always best, but if your teen is already addicted, get help immediately. This is highly important for ecstasy users as some of the side effects could lead to long term health issues that will stretch far beyond the teenage years. 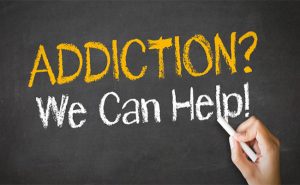 If an in-patient facility is needed, then consider DARA rehabs with several convenient locations in Sydney, Auckland, Melbourne, and Brisbane. These luxury style rehab facilities are not only affordable, but highly effective as they work with the mind, body, and spirit. DARA provides general education about addiction, physical wellness, proper nutrition, and counseling of both the individual and group types to make sure you or your loved one can take the necessary steps to long term recovery. Available for contact day or night, DARA rehab will be happy to get the process started and get the recovery process started. Your life is worth the effort, make a call today.