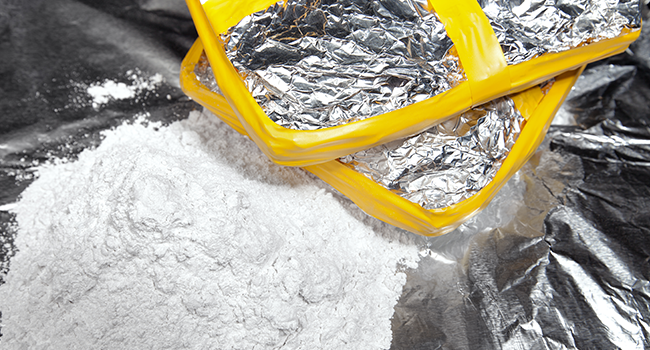 Cocaine, the exceptionally strong and addictive stimulant is prepared and produced from the leaves  and plant matter of the coca plant. While this plant is originally native to Bolivia and Peru, its rise to fame assured its spread across most of central and south America – most infamously Colombia. Humans have been consuming cocaine in one form or another for a very long time, thousands of years in fact. First by consuming the pulp of coca plant leaves. The advent of industry made factory grade chemicals available at your local corner shop and the jungle cocaine laboratories were here to stay. 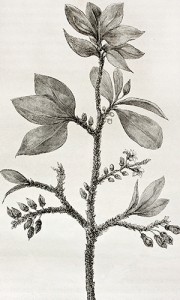 When German chemist Albert Niemann first produced cocaine by extracting it from the coca leaf, he probably had no idea of the chain of events he was about to set in motion. With help of Sigmund Freud, the “grandfather” of modern psychoanalysis, who was an avid user of the substance, it was popularized it in his book “Über Coca” (About Coke) which promoted the “benefits” of cocaine, calling it a “magical” substance. Even John Pemberton’s invention Coca-Cola contained a substantial amount of cocaine and grew very popular due to its euphoric and energizing benefits. It took many years until public opened their eyes to the detrimental and addictive properties of this drug. That still does not stop countless people overdosing or becoming dependent on it year after year.

There are two commonly known cocaine types that are abused on a daily basis.  The hydrochloride salt and the so-called cocaine base or free-base, if you will. While hydrochloride salt is the cocaine we have all seen glamorized in movies and music videos, free-base cocaine is more commonly known as crack cocaine and gets attributed to lowlifes, prostitutes and homeless people.

Cocaine effects on the human body and mind

To begin, we must understand, that cocaine is a stimulant. It works by affecting the brain to produce increasing levels of dopamine. This neurotransmitter works in our brain as a natural reward system. It acts in human system as a regulator of pleasure and motor functions. When you see a friend who has been away for a while, kiss or eat delicious food – dopamine is released, usually in trace amounts. When it has done its job of imprinting in our memory that something we enjoyed is, well, enjoyable, the dopamine is routed back and absorbed by the very cells that produce it. A “bump” of cocaine is exceeding natural levels of dopamine in the human brain by stimulating the production of dopamine and hindering its recycle system at the same time. This causes the cocaine user to build up large amounts of dopamine in their brain and as a result, they feel this natural pleasure reward sensation from practically anything. Imagine eating your favorite food for the first time, the flavor, the sensation, the pleasure it gave you. Now multiply that by a thousand and for prolonged periods of time. This dopamine concentration is what causes the user to feel high and euphoric.

The drug also has more short term and immediate effects. Increase in blood pressure caused by constricted blood vessels. Dilation of pupils and sensitivity to colors and lights. Rapid rise in body temperature, mostly from physical activities since cocaine is a powerful stimulant and will put the user under impression that he can run a marathon, climb mount Everest and arm-wrestle Chuck Norris into submission. Unfortunately, a heart attack or a stroke is more likely.

For cocaine addicts worldwide there are many treatments and methods to try. Not all will be effective for everyone, as is the general rule – no addiction is the same. Many users have reported great results from meditation, others stand by just going “cold turkey”, most popular and tried method, however, is the CBT or Cognitive Behavioral Therapy. This form of therapy for cocaine addicts is very widespread and critically acclaimed as one of the best methods to combat cocaine addiction. It is usually combined with other treatments in most rehabilitation centers worldwide. The core of CBT is that knowledge is half the battle. Understanding oneself and the addiction is just as important as keeping oneself out of environment or company that is prone to trigger a craving in the addict. Study of coping mechanisms and techniques is pivotal in CBT approach to cocaine addiction. Inpatient rehabilitation centers provide the best chance at successful cognitive behavioral therapy due to their isolated nature and constant care from the facility staff.

Your road to independence from cocaine is paved and ready, all it takes is the first step to be made.