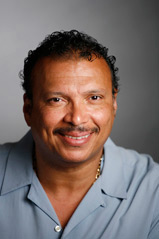 In a recent report by the US Substance Abuse & Mental Health Administration (SAMHSA), researchers surveyed 669,000 adults admitted for substance abuse treatment for the first time last year and found that the average length of time since they started using the substance they were primarily being treated for was an amazing 15.6 years! Not surprisingly, the average time between the start of substance abuse and the first admission for treatment is longer for men (16.5 years) than for women (13.8 years). When the researchers examined specific substances of abuse, the average length of time between first use and first treatment was longest for alcohol (20.2 years) and shortest for prescription painkillers (7.8 years).

The report clearly shows that the damaging consequences of substance abuse can often be undetected or unacknowledged for many years. This not only undermines the addicts’ health and well-being, but also the lives of those around them. That is why it is essential that the global treatment industry works to prevent substance abuse in the first place, and in instances where it happens, identify the problem, getting people the treatment they need as soon as possible. This in turn ensures that the addict, their families, friends and society at large, do not have to endure years of needless suffering.

According to the United Nations Office On Drugs and Crime (UNODC) World Drug Report 2011, the number of illicit drug users has risen from the late 1990s, though the number of problem drug users remains stable at an estimated 15 – 39 million people worldwide. The consequences of both drug trafficking and drug abuse are manifold, and include effects on public health, such as the spread of HIV and Hepatitis C, public well-being, public safety and even national security. Drug-related deaths are estimated at 104,000 to 263,000 annually, with more than 50 percent of these fatalities resulting from drug overdose.

In an attempt to increase awareness and early intervention, many nations are engaging in organized activities with positive results. For example, the United Nations have pledged to eradicate drugs from international society, designating the 26th June as the ‘International Day Against Drug Abuse and Illicit Trafficking’. This day serves a stimulus for governments worldwide to lend financial and political backing to the UNODC and other relevant agencies to combat drugs globally.

Global initiatives aside, the addicted person usually has many reasons for not entering treatment. Concerns about price, whether the environment will be punitive as well as worries about the quality and efficacy of clinical care, all prevent people from making the decision to seek rehabilitation. The good news is that innovative, effective and affordable treatment programs such as DARA eliminate many of the barriers most often used as excuses for not entering treatment.

DARA is unique in that it offers a highly sophisticated integrated treatment model in an amazingly beautiful setting with highly trained staff at a fraction of the cost of comparable programs. If this model was the norm in the treatment industry rather than the exception, more people would seek the care they desperately need sooner, rather than later.