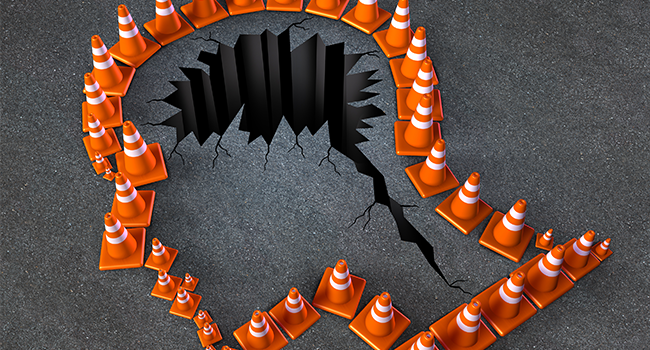 Almost every substance we use can be destructive and damaging in nature. Most can be prevented with careful dosing, while others will slowly eat you from inside, destroying your body and scattering your sanity to the wind. Here are five “drugs” that will damage your mind and destroy your body.

This drug is not terribly destructive on its own. Not at first, at least. It damages your body very slowly and in subtle ways, until you try to quit. That’s when it kicks in and physical addiction takes over. Heroin is very hard to quit, because over prolonged period of time it melds with your body and its functions making withdrawal symptoms very pronounced and even deadly. That’s right, a heroin user who has been under the drug for years is physically unable to simply go “cold turkey”. This makes it the one of the most popular addictions that are being treated in drug rehabilitation centres around the world, mostly due to the fact that an in-patient programme is necessary, complete with detoxification and often even hospitalization. Its covert approach at making you dependable makes heroin very hard to simply quit overnight. It’s a long and arduous process. One that must be begun as soon as possible. Heroin slowly but surely destroys heart valves and their lining. Prolonged needle use can infect and even collapse veins. The real danger from heroin, however comes in overdosing. University of Utah reports in their studies, that heroin is responsible for more deaths by overdose than any other drug.

Most of you will probably be surprised that alcohol is featured in an article about most dangerous drugs, yet it deserves its place here for a very good reason. Thousands upon thousands of people die from alcoholism every single day. According to World Health Organization more than 3.3 million deaths are attributed to alcohol consumption. Due to its relative legality to most drugs on this list, alcohol is more dangerous than all of them combined. Its ease of access and simplicity is the cornerstone of its popularity – after all, alcohol was invented more than 10,000 years ago. Alcohol destroys relationships, that’s what it’s known for the most, however full-blown alcoholism can mean a severely scarred liver, brain damage and mental disorders. Alcohol is the number one preventable death cause in the world.

Most people will call crack cocaine, or simply crack, one of the most addictive drugs in the world. It kicks like a mule, but it doesn’t last long and therefore the need to hit another bump is very high. It’s a very “moreish” drug, making people addicted to it jump through hoops that they would never thought possible. Crack is very often attributed as the choice of drug for the homeless and desperate. Few understand that it is the very drug they use, that drove them to such state. The need to always get more is what drives people away from their families, moves them to steal and sell their bodies for pleasure just to get a quick profit that could satiate their thirst for more crack. It is extremely destructive on human body. It destroys your heart, kidneys and liver. Prolonged use can damage arteries and blood vessels in the brain, yet again raising blood pressure. No wonder that most crack addicts die of heart failure or stroke. It also has sever and adverse effects on human mind. It induces hallucinations, paranoia and depression that can lead to a full blown psychosis.

This drug is most often called by its street name – crystal meth. It’s derived from the form that this drug takes once ready for consumption. It comes in crystals that once crushed can be consumed by smoking it in a pipe. All of the substances in this article are dangerous for one reason or another, be it accessibility, difficulty to quit or simply by the physical damage they do to your internal organs. Meth is special, however, as it destroys in one the most basic ways – changing the brain chemistry of the user. It changes the way user’s body experiences pleasure and impairs few very important cognitive functions. National Institute of Drug Abuse reports that there is a large amount of addicts who had gone through their treatment and even after restoring their dopamine receptors to normal, still suffered from severely impaired cognitive functions like motor functions, coordination and even memory. Crystal meth is also extremely devastating to human body as well, it destroys red blood cells, muscle tissue and practically shuts down the natural healing and restoration processes. Meth addicts often exhibit rapid aging signs – induced by weeks of sleepless periods at a time, caused by the need to use or find more.

Why are these here, right? They are prescribed, why they would be dangerous and destructive. A doctor would not give me something that would be bad for me, surely. It’s a coin with two ends since as I mentioned in the beginning of this article – most substances out there could kill or damage you if misused. Alarming amount of people are addicted to prescription drugs. How do they get hooked? It’s quite simple, sadly. All it takes is ignoring the doctor’s directions and taking the prescribed medicine more often or in bigger quantities than advised. Others acquire prescription drugs because they are much easier to get than illegal drugs. Prescription drugs are extremely addictive and lead to dangers due to higher amounts being taken exponentially as the user develops a tolerance for it. In USA alone more than 120,000 people a year are rushed into the hospital due to overdose of prescription medicine.

While everything out there in large enough quantities could kill us, these are the worst offenders in this case. Be it heroin, alcohol, meth, crack or even prescription medicine, there are options and treatments for all cases. All it takes is the willpower to do something about it. Reach out and seek help for your addictions.