(The following statistics are from the US; however, policies and their outcomes in the UK are in alignment with those of the US in this epic saga of unintended consequences.) 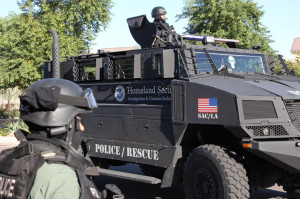 If we add the enforcement expenditures (fifty-one billion) to the potential tax revenue (forty-five billion), we get nearly one hundred billion dollars that could be directed toward treatment and prevention.

Consider this common scenario: A male in his early twenties, employed but barely getting by, gets arrested for marijuana. His car gets towed. He loses days at work. He has to post bail. If he gets processed into a county jail, especially on a weekend, his vehicle impound can exceed $500. If he can’t bail the car out, he loses it. The experience can derail a young life. For minorities, this scenario is even more common.

Other countries, (for example, Columbia) are re-examining their drug policies. There is absolutely no evidence to support the supposition that maintaining current policy is cost-effective, morally correct, or leading toward an eventual solution. Fearmongering by politicians and opposition by those with a vested interest in the status quo (drug enforcement beaurocracies, prison guard unions, alcohol industry, and others) have propped up the failing War on Drugs for far too long.