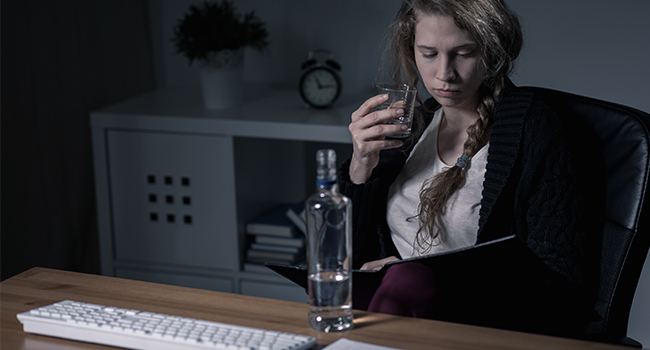 Let’s get one thing straight, those who think of themselves as functioning alcoholics are fooling no one but themselves. An alcoholic is an alcoholic whichever way you look at it.

But this would be an extremely pointless article if we left things like that, so let’s delve into some key issues that surround alcohol and why so many have a problem with it.

Definition of an alcoholism:

Alcoholism is a very complex matter and there is no unique definition. One way to look at this serious disorder is the fact that any man or woman suffering from alcoholism has an intense desire to drink alcohol beyond their limits of control.

It is often described as a physical compulsion in combination with a mental obsession. The cravings suffered mean those obsessed with alcohol do not know when or how to stop drinking. This is despite the fact that they realise (but refuse to admit) the serious health and social implications it is creating.

Why is alcohol so addictive?

The full answer to this question is not yet known, but what has been established is that drinking alcohol causes an increased, natural release of endorphins in the brain. Amongst many things endorphins are responsible for feelings of pleasure and reward.

For those who drink occasionally and moderately these feelings of euphoria and general well-being are seen as the acceptable side of the effects alcohol can give.

The problem is that the body quickly builds up a tolerance to alcohol. It likes what you are giving it, but ‘feeding’ it on a regular basis means you are increasing your tolerance.

An increased tolerance means you need more simply to achieve the same feelings as previously ‘enjoyed’.

Those who attempt to abruptly cease drinking will find resistance in the form of withdrawal symptoms that vary in severity.

The easy solution to quell such unwanted feelings is to have another drink, and so the spiral into alcoholism spins ever faster.

Signs alcohol is in control of you rather than the other way around:

Some key signs that you are addicted to alcohol include:

Classing yourself, or being classed by others as a functional alcoholic:

Perhaps the fact that many think of alcoholics as being down-and-outs on skid row gives rise to the term “functional alcoholic”.

In most cases this means these men and women are still hanging on to a home, a job, a partner and other trappings of modern day life, but using this term does not alter a critical fact:

Those suffering from the serious disorder that is alcoholism need urgent, professional rehabilitation assistance.

Why are alcoholics reluctant to seek help?

A major obstacle preventing those with severe drink problems from seeking help is denial.

This takes different forms; An alcoholic will deny to themselves and anyone else who cares to listen that they are not drinking anywhere near as much as they really are.

They continually convince themselves that the negative consequences caused by their excessive drinking are nowhere near as serious as they really are, and if blame for their drinking is placed anywhere it is at others doorsteps.

Examples of this are problems with work colleagues, or the fact that their partner is “always on their case”.

There IS a way out:

It is imperative for anyone suffering from alcohol dependence to understand that as long as they remain in denial they will not seek the professional help they so desperately need. Denial must end before treatment can begin.

But once an alcoholic accepts the reality of their situation help is on hand. This comes in the form of experienced, professional rehabilitation services that can help them come to terms with alcoholism and offer treatment, counselling, guidance and encouragement with the long term aim of achieving an alcohol-free future.