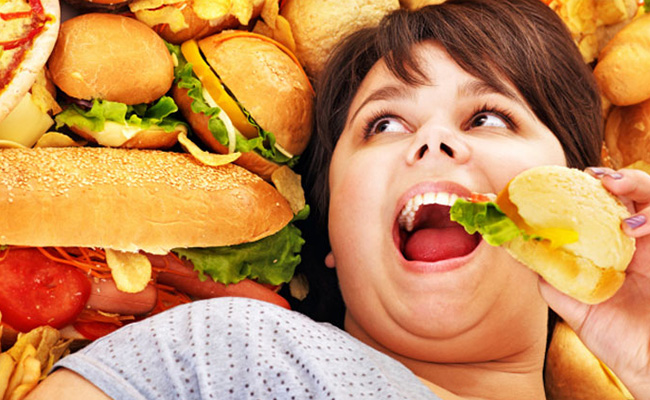 When a person cannot stop a pleasurable behavior despite negative results, they are generally considered to be addicted to that activity. Over eating can bring on such good feelings that they can override the brain’s ability to bring about a directive to stop eating. Consequently, because the resultant feelings are so good, overeating occurs again and again and again.

Obesity has not been officially declared an addiction; but it has been compared from all angles, so to speak, with addictions to drugs. The characteristics of both are quite similar.

A country’s medical association has declared over eating a disease. This has been considered to be the case for some time now with respect to alcoholism. Both alcoholism and overeating agree that a disease lowers life expectancy and impairs regular body functioning.

There are also those who ask if drugs and over eating are really a disease, or, perhaps, a choice. The answer to that is that the first cigarette, the first beer, and the first sugar coated cookie are; but after that, choice has gone out the window. Assuming that the partakers of these goodies gained pleasure form the items, they will want another—and another– beer, cigarette, and cookie. Soon one cookie won’t be enough to replicate the pleasure of the first one.

It is this repetitive behavior that means an addiction has occurred. The brain’s system has been altered. As time went by cookies were insufficient and so were other sugar and fat laden foods.  Food intake increases, and the people’s hedonistic desires over rode their concern about self preservation. As well, Leptin and insulin, which suppress a person’s appetite, have become insufficient to manage to suppress a person’s urges with a now insatiable appetite. The urges for more are strong, resulting in impulsive behavior to attain what they desire.  Low levels of serotonin exist in people who are prone to such behavior.

If you are seriously craving a yummy six layer cake in the window of a bakeshop, but do not have money to buy it, stealing appears to be the solution; which, somewhat to the surprise of the thief, was most pleasurable. That activity is most likely to be repeated again and again due to the fact that the neurotransmitter Dopamine that was released was most pleasurable.

Urges are regulated by the brain’s Opioid system; and if an imbalance occurs, resisting urges become harder and harder. It seems that women, as well as men, in developed countries are constantly going on diets. Diets that demand that they abstain not only from over eating, but especially from fat and sugar laden items. These diets seem to work for a while before people are eventually relapsing. This has become known as the on and off diets.

This is very similar to alcoholics going on the wagon, relapsing, and trying again. A major cause of craving and relapsing are environmental cues in our rich developed countries with loads of food saturated in fat and sugar. This makes it difficult for an obese person to quit over eating. Also, the many wine tasting events, do not have to try too hard to get an alcoholic on the wagon to fall off it.