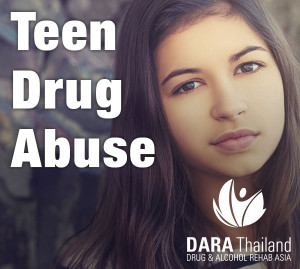 A parent’s worst nightmare came true for Rod Bridge, of Perth, Australia, when his son Preston died in a drug-related accident. In this particular case, the drug had been sold as LSD when in fact it was a counterfeit psychedelic called NBOM-e. The high-school student was killed in a fall from a hotel balcony while under the influence.

The substance, originally a research chemical, has been duplicated by underground chemists. It’s hard enough to enforce existing drug laws; authorities around the world are having difficulty stemming the tide of new drugs that evade being listed as illegal.

From a parent’s perspective, the fact of the drug world being as open and available as a candy store (Preston Bridge bought his alleged LSD online via “the Silk Road” for two dollars) is frightening. Parents are cautioned to watch for signs that may indicate experimentation with drugs, but adolescent behavior can have so many challenging aspects—rebellion, secrecy, recklessness, etc.—that it’s difficult to discern what is normal behavior and what might be incipient teenage drug abuse.

Until it becomes not so difficult. A young person’s drug problem can be chalked off to “typical teen behavior” for only so long before reality sets in—reality that has to be acknowledged, understood, coped with, and responded to.

The initially most agonizing thing for parents of drug-abusing children is that the parents will know something is going on, but the child will deny it. The parents, in the early stage, want so badly to believe that this problem hasn’t intruded into their lives that they will deny what common sense tells them. This is a setup for eventual disappointment, resentment, and alienation for the parents (the child is already experiencing alienation and resentment).

Here are a few signs that teenage drug abuse may be occurring:

As with a physical illness, parents will—if the above signs are present—need to enter into an entirely new world of awareness, education, and coping strategies. There will be conflicting advice. There will be internal conflicts between the parents, and the drug-abusing teen will exploit these conflicts.

Resources are available for parents entering this new world (or already immersed in it). Al-Anon Family Groups has meetings and valuable printed material.