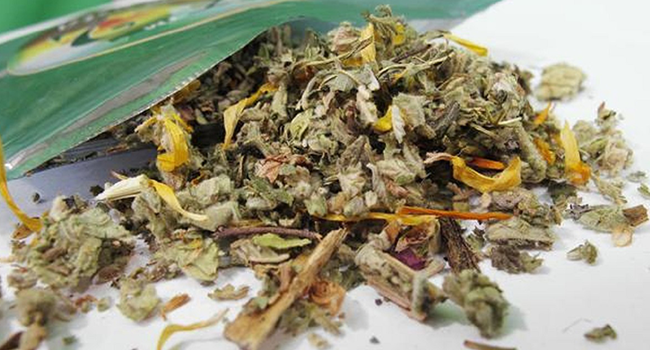 What do you have when your product is easy to make, perfectly legal to sell and distribute, highly addictive and very appealing to wide range of demographics? A goldmine. One that has been shut close since, but just a few years ago the reign of synthetic drugs were felt across the globe. The result of it can still be seen and felt by millions who got hooked because of them. But why would people jump at the chance to get some of these drugs, if they are so obviously bad for you? Clever marketing.

Secrets of the trade.

All that is needed for a new type of product to succeed in the volatile drug market is for everyone to buy it at least once. If a new flavor soda comes out, and everyone buys at least one of them to try it, it already made its money back, if not more. The people who enjoy it and continue to purchase the product is just a good bonus, but usually not the main focus. The designer drug world was cannibalizing conventional marketing techniques to further their goals. So now, drug industry had professional chemists, savvy lawyers and genius marketing specialists to boot! That is a scary thought, is it not?

Over time, people started getting wise, though. The promises that “this new stuff is the bomb man, and it’s perfectly safe too” just did not cut anymore. There were plenty of high-profile overdoses of this presumably safe party drug and media descended on the synthetic drug industry like vultures, picking it apart and finally educating people about the dangers of their use. It took a fair amount of overdosing and aggravated assaults for people to start coming to their senses.

One such case stood out above them all, though – the infamous “Miami zombie”. The dramatic name was given by media to a troubled young man who was shot dead by police while under presumed influence of bath salts. Later research revealed that he had noted mental illnesses as well, which sure did not help during the delirium that this drug can bring to the surface. The man was spotted seemingly cannibalizing another man – a homeless person. The assailant was identified as Rudy Eugene and has been confirmed to be chewing on the unconscious homeless man’s face when police arrived at the scene. The victim, Ronald Poppo was later confirmed to have lost almost 80% of his facial skin, evidently chewed and ripped off by the assailant. When police arrived and shot Rudy dead when he refused to comply, the homeless man was hospitalized and lived, even though he was left permanently disfigured and lost sight in both eyes.

It did not take long for the synthetic drug dealers to realize, that this kind of publicity is not good for business, so during their continuous re-marketing and re-branding process, they made sure to label their new products as safe to consume and non-addictive. This drove already hooked and apprehensive people to them in large quantities. Returning to our early comparison with a new flavor of your favorite soda, everyone was eager to try the new stuff out.

At this time, a new and untapped market emerged. For those who were too smart to snort unknown chemical powders by the handful a new type of product was brought forward to appeal to this kind of demographic – the now infamous “Spice”, implied to be legal marijuana. Officially it was sold as incense but it did not take long for everyone to catch on, why suddenly head-shops had started selling incense. It was a dangerous mixture of various types of plants, usually soaked in dangerous chemicals that are the actual drug. The plant matter is just a disguise and a method of delivery. There are plenty of marijuana advocates out there, but they still don’t wish to break the law. Medical marijuana is becoming decriminalized in more and more countries around the globe and in many states in the US, but that was not the case just a few years ago. For the aspiring pothead to get their “weed”, they still had to break the law and thus synthetic marijuana or “spice” was a no-brainer choice. This decision often lead to brain damage, respiratory arrest, stroke and heart failures.

Three things all these synthetic “legal” drugs had in common.

These chemicals, be it in spice or bath salts – they are all dangerous. Studies revealed that a bath salts user of only two months had the same amount of damage to his mental capacity and bodily functions as 6 months of methamphetamine abuse. The neverending stream of overdoses and particularly violent and grotesque assaults later, a federal law was passed by president Barack Obama in mid-July of 2012, that effectively banned all “legal” highs, bath salts and spice included. This law banned more than 30 already identified synthetic drug compounds and pre-emptively included their variations and analogs – substances that are different in composition but affect the end user in very similar ways.

So what happened to those metric tons of pre-manufactured spice and bath salts? Most were seized and destroyed, but a large amount of it is still available on the table, just like cocaine, meth, heroin and all other illegal drugs. There are still countless addicts out there struggling to keep their life together after they were convinced that this new high will not get them hooked. People are gullible and hear what they want to hear, but they are still people with dreams and future plans. Most of these plans are shattered to splinters, but with professional help it is possible to salvage their lives and put them together even better, having learned the bitter lesson. Do not hesitate to seek help today, if you suffer from addiction and its side-effects.