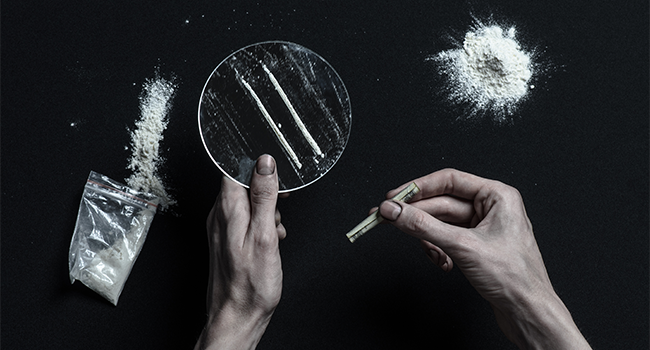 What is it, that makes illegal drugs so hard to get? The answer is in the question and quite obvious – because they are illegal. The drug industry has grown and moved on from the old days of smuggling trucks filled with cocaine “a la Pablo Escobar”. Most self-respecting governments have cracked down on drug abuse and its illegal production and distribution rings. Long gone are the days when a drug manufacturer had dirt under his nails from farming and a small collection of household chemicals to refine the crop in the slopes of Colombia. Law has been becoming increasingly strict towards illegal production and sale of drugs, and with it, the drugs have risen in price because it is now more dangerous than ever to produce “organic” drugs. The farmers got an education, swapped their sunhats for face masks and goggles while working in labs most research facilities could only dream of. Drug dealers have become lawyers looking for loopholes in drug laws. It is the age of designer drugs and none of them have become more infamous in the recent years as the “Bath Salts”.

What are Bath Salts?

To put it simply, it’s a term used to broadly describe designer drugs that mimic amphetamines and cocaine effects on the human brain. Drug distributors got smart. Why make and sell an illegal drug, that has been classified, researched and placed “in a frame”, if you can pay an aspiring chemist a modest sum of money to put together a chemical, that is completely different in its build from the “real deal” but effects are the same, if not stronger?

The term “bath salts” came from the practice of selling these highly dangerous substances as actual bath salts or in some cases plant feeder mix. The dealers and chemists realized that branding your product with the label “DRUGS” is a social suicide as the majority of sane people realize that drug use is detrimental and physically dangerous. So they started selling these seemingly innocent products under disguise and those who were in the know understood what they are for. When you bought a gram of bath salts, they often provided you with a glass straw for crying out loud, so the general society caught on pretty fast and the governments got busy raiding these laboratories and distribution centers only to be met by a brick wall. A wall with letters THE LAW on it. They took the law that condemned their business practices and turned it around to work for them instead. You see, even though these chemicals affect the human brain in almost identical ways to illegal drugs, their composition is different and therefore they are not the same substance and cannot be classified as illegal. Well, not right away at least. So all the seized chemicals, lab equipment and people working with them had to be released because the law had no grounds to detain them.

The law caught up with them rather quick after this, new laws were passed and the new designer drug was outlawed. For a while. Once again the drug world was ahead of the law and made some minor changes to the formula of the drug and the resulting substance was once again completely legal because its composition was yet again different from that of the previous version of the drug. This tango continued for years, a new law was made to outlaw the latest version of the drug, a month later a new version of this drug would appear on store shelves. Beauracracy and the lengthy time required to pass new laws meant that the creators of designer drugs simply bought extra time to sell their drugs as much as possible before a new type of drug had to be synthesized.

What are designer drugs?

I have mentioned this term a few times already. Most drugs that we all know come from some kind of plant or a combination of existing chemical cocktails. Cocaine is produced from the coca plant leaves, heroin is made from poppy plants. These drugs were discovered rather than invented. The active substances in these plants developed in nature and humans simply discovered them and abused them for recreational use. Designer drugs are different. They are usually made from various chemicals and put together with a specific effect in mind. Much like pharmaceutical companies make a new pill for that headache, designer drug chemists make a new drug to mimic the effects of cocaine, for example.

Designer drugs are a menace. A very smart and adaptive menace at that, because it is so hard to nail it to the wall, so to speak. Every time a type of designer drug is classified and outlawed, it is altered until it is no longer illegal.

Join us in our next article, where we will examine the differences of long term abuse between conventional and designer drugs, as well as confirm if traditional rehab practices cater for such addictions.