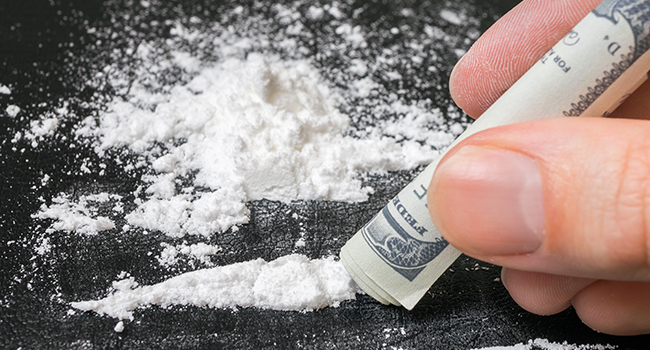 Cocaine – the drug of choice for great many addicts. Why is it so popular? There is a long list of reasons that contribute to its unfaltering popularity. Here are a few of the most prominent reasons why cocaine consumption is still popular and is showing no signs of slowing down the trend.

A series of research shows a direct correlation between cocaine depiction in mainstream media and its popularity on the streets. Whenever there is a drug that has to be depicted in the movie, two usual suspects show up – marijuana and cocaine. Depending on the tone of the movie at hand, marijuana is the choice of drug when a lighter, less demonized drug is to be shown. Cocaine is reserved for the scenes where hard drugs need to be shown. The amount of people who still have a Tony Montana poster from Scarface is staggering. The music, movies, and even TV shows glamorize cocaine and easily impressionable audience eats it right up.

Large fanbase of cocaine uses it because they believe it is harmless. They think that however frequent they use the drug it will be fine and not very addictive. Unfortunately, the real situation is the absolute polar opposite.

Cocaine use has been confirmed to be the cause for increased risk of heart attack and stroke. An estimated half million patients that used cocaine get rushed in emergencies across the United States of America every single year. Further correlations have been drawn between cocaine use and criminal activities, other than those of actual consumption of the illegal drug. It is a very more-ish drug and can drive an addict to alienate his friends and family, underperform at work and fail in social situations.

The inner need to fit in and belong is strong in everyone, especially young and impressionable people. This need can drive a person to do things he never thought possible, all for the sake of belonging and acceptance of their peers. Over the years more and more students turn to cocaine as their choice of drug due to its ever-rising accessibility and stimulating properties. Many addicts have admitted to having used cocaine as a study aid at first, but it gets out of control very fast.

The truth of the matter is, that everyone who ever used, will use or is still using, did so because of how cocaine made them feel. The waves of euphoria rush over the user and can create truly spectacular emotions – love, carelessness, energy and many more mixed emotions, often all at once. However, these emotions are chemically induced and therefore unsustainable by your natural brain chemistry. The effects of cocaine use are rather short-term. When the feeling has worn off, usually within half-an-hour to an hour, the dread and depression sets in. Deep, hard to explain feelings fill in the void where the emotions of joy and passion used to be just a moment ago. What’s worse, this transition is almost instant. Cocaine users can be often seen as the heart of the party until they suddenly snap, and either disappear altogether or until they have had their re-up. The longer the addict uses cocaine the stronger their tolerance towards it. More and more has to be used more often just to reach that same peak the person had when he first tried it. The need to get more can be so overwhelming that the person can become willing to do illegal, violent and very often immoral things.

Being addicted to such a drug can be very difficult on ones life, even harder to kick this addiction. The thing that former addicts have admitted was the hardest for them, was their environment. It allowed them access and continuous use of this drug, therefore trying to clean up without a change in scenery is like trying to blow up a lifebuoy while drowning.

The tested and true method towards recovery is inpatient program in a trusted rehabilitation center. It offers a change in the environment that is safe and trigger free. There is no access to cocaine in a rehab, this allows the patient to go through the rigorous, tiring and often painful motions of detoxifying and becoming clean again. Things that drove the addict to use are not there, neither are the everyday reminders of it. Inpatient rehab program offers the best chances at full recovery and most importantly, gives the addict the tools that allow them to stay that way and avoid relapse once the program is over.