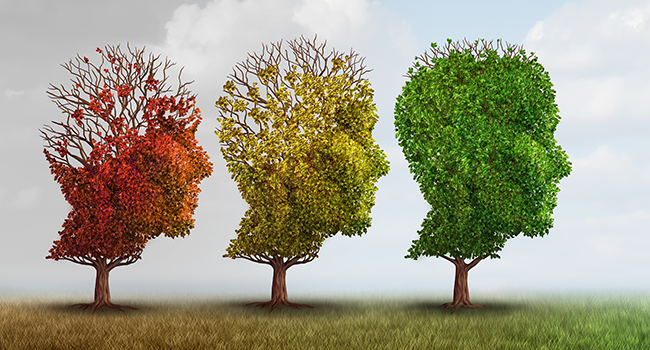 Welcome back to our final chapter of looking into the complex and unconventional disease that is an addiction. In our last article, we reviewed the differences between dependence and addiction and confirmed that addiction is indeed a disease. Today we put this topic to rest by looking deeper into intricacies of the human brain, its function and the terrible damage a long lasting drug abuse can bring.

The part of the human brain that responds to instincts is called the midbrain. It is a small knot of processes in the middle lower stem of the brain. It is responsible for such basic instincts as the “fight or flight” response, which determines how to tackle various obstacles. This happens subconsciously and is very hard to overcome. If met with a threatening situation, this part of our brain decides if you should fight to survive or run to survive. Addiction affects this part of our brain in a rather devastating manner. It becomes swollen with blood, as a natural response to oxygenate and provide more processing power to it. It is the natural way for humans to not overthink things in pressing situations. Midbrain is responsible for people coming to seemingly strange decisions in a time of extreme stress. It is what causes a person to jump off a 50ft sheer cliff into a river in order to save himself from an attacking predator. During this kind of situations, the midbrain hoards a majority of blood that would provide oxygen and cognitive capacity to other parts of the brain, more specifically the frontal cortex which determine our rational thinking capacity.

This complex process is what makes an addict act out of character. A usually loving and caring human being, when addicted and in biological and mental need of drugs can suddenly turn to cheating, lying, manipulating and aggression. Even inner barriers are broken in favor of what brain thinks is surviving, using drugs to reward brain with dopamine and put it to ease. Very respectable people have found themselves resorting to prostitution and crime to fuel their need for drugs.

Have you ever had an incredible craving for pickles? Or perhaps a tub of ice cream with chunks of cookie dough? Seems oddly specific, but these things happen, let’s try to understand why.
When the human brain secretes dopamine to reward a beneficial behavior, it also triggers another chemical response. It releases Glutamate. It is what makes us remember what is it that triggered the release of dopamine. It allows us to store in our memory specific combinations of taste, smell, activity, and even vision. This is the reason why you sometimes crave a childhood treat. What would you do for a Klondike bar?

If your body is low on sodium, because of glutamate your brain remembers that eating a pickle provided sodium and was therefore rewarded with dopamine. The crunch of the pickle, its salty sweetness, even smell. It all comes back to you and before you know it, you are elbow deep in the pickle jar.

This same system, unfortunately, records things that are bad for you, but the brain is unable to differentiate. All it knows is that when you had a rail of cocaine, it made you feel great and now that you see spilled salt on the glass surface of some café, you suddenly feel the craving to do cocaine. This can happen years after getting clean and sober. These triggers are what cause most if not all relapses.

The human body is an incredibly complex and self-sustaining mechanism. It just works, even for people who have no clue how it works. The body of a scientist works in exactly the same way a body of musician or race driver would. You don’t need a manual for your body to operate it. It has many clever self-preservation mechanisms built in.

Every drug is usually a mixture of various chemicals. Most of the time it is one particular chemical that triggers the release of dopamine, but there may be much more in the cocktail that works in conjunction with it. These by-products need to be broken down and absorbed by our bodies natural self-repair system. It is important to understand, that human body is able to regenerate almost any cell in its organism. Almost. The one that does not also happens to be one of the most important ones – nerve cells. The human brain just so happens to be made almost entirely out of nerve cells. For the drug to trigger the release of excess dopamine it has to find its way to your brain somehow. Usually by hitching a ride in your bloodstream, expressway to your brain. And once the cocktail of chemicals in the drug reach your brain, they leave a lot of garbage there.

When the human organism is trying to break down by-products of methamphetamine, for example, the result is a type of acid that literally burns nerve cells. This leads for the cell to work at sub-optimal capacity and as a precaution it kills itself. This self-destruction protocol, that is built in every cell of our bodies is the main reason why everyone doesn’t die of countless cancers. As a result of drug abuse, the only non-regenerating cell in our bodies – the brain nerve cell is forced to kill itself to avoid cancerous growth. This kills the cognitive capacity of various parts of our brain and leaves it riddled with dark spots of low or no activity at all.

Addiction is a devastating brain disease, there is no other way around this fact. It is steady, ruthless and indiscriminate in its path. It affects the person both physically and mentally. It affects the people around the addict. Drugs bring so much suffering for a short boost of pleasure. It is just not worth it.

Turn to your loved ones and friends today. Seek professional help as your own cognitive and decision-making skills are in jeopardy and as an addict, your personal opinion can be compromised and extremely biased. Call Dara rehabilitation today and learn how you can turn your life around.