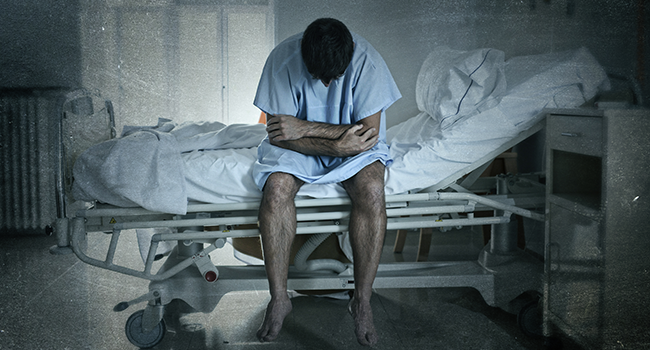 When someone tells you, that they have a disease, most likely you will recoil and think twice before shaking their hand. A disease in most people’s interpretation is something that is dirty, disgusting and most importantly – very contagious and can be spread to others. The truth of the matter is, that there are many different types of diseases and only some of them are truly contagious.

What is a disease?

A disease is a type of sickness, to put it simply. There are few ways to get a disease, the most popular being harmful bacteria or viruses. These types of diseases are contagious and can spread through direct transfer or air. They include such diseases as The Flu and Strep Throat for example. The best way to avoid such diseases is to regularly wash your hands and avoid contact with confirmed sick individuals. This type of disease has a sub-section that is impossible to catch from another sick human being but are rather transmitted only from animals and insects. They are considered non-contagious. A Lyme disease is a prime example, as the only way to contract it is to be bitten by an infected tick.

Then there are sexually transmitted diseases, which as is implied, are usually passed to another human via sexual activities. Prime examples are HIV, HPV, and Syphilis. To avoid catching one of these, protection is paramount, the most effective being the condom. Use a condom whenever you engage in sexual activities and you will be very unlikely to catch a sexually transmitted disease or STD for short.

And then there are hereditary diseases. They are relatively rare but widespread enough that most people have heard of them or perhaps even know someone who suffers from it. There are many different kinds, but some of the most prominent ones are Down Syndrome and Haemophilia. These cannot be transmitted in any conventional way. They are not contagious and cannot be caught during sex either. People with these diseases were born with them and the disease developed as they reached maturity.

Where does addiction fit in?

A disease involves an infected, defective or otherwise damaged organ in a human body. It can be a specific type of tissue that is targeted or an entire organ. Leukemia is a type of cancer but is also classified as a disease because it spreads in bone marrow, which is responsible for producing white blood cells. This is an example of a disease infecting a certain type of cell throughout the human body. As an example of an organ contained disease, diabetes is a direct result of malfunctioning pancreas.

So when a person is addicted, what type of disease is it? Before we tackle this question, it is important to understand the difference between an addiction and dependence.

Dependence and addiction go hand in hand, so it’s not unheard of to have people refer to both as if they are one and the same thing when in fact, that is not strictly true. A dependence is when a human body is physically dependent on a chemical or substance. Sounds like addiction does it not? Yet addiction is the psychological aspect of dependence. An addict in recovery will go through rigorous detox procedure when first admitted to an inpatient rehabilitation center. In this stage, the addict fights the dependence his body has for a drug or alcohol, for example. It can take days or months, but eventually, your body will no longer require the substance that caused the imbalance and will be able to safely function without. That said, any addict will tell you, that you are not out of the woods just yet. Addiction is a mental state, due to prolonged abuse of certain substances your brain can no longer function properly without them and thus your behavioral patterns of the well-functioning brain are re-written to cater to this new, dramatic and very destructive change.

So to recap, when an alcoholic needs a drink to stop his hands from shaking it is dependence, whereas if the drink is needed only to calm nerves and feel better, its addiction.

Join us in the next part of our blog where we will dive deeper into the human brain and pull apart facts why addiction is considered a disease.