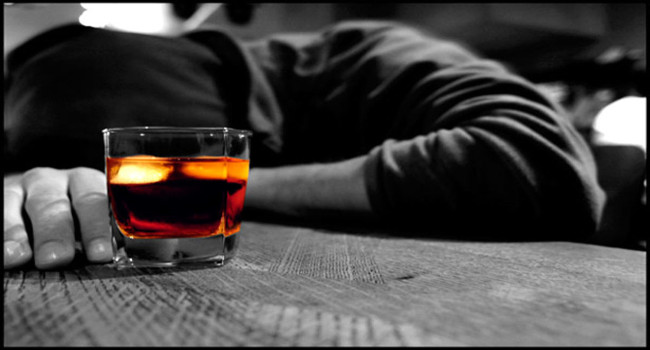 Alcohol is the most commonly used addictive substance in today’s society. The longer the duration of one’s drinking habit, the more in danger for developing long term health complications as a result. Alcohol abuse can affect every part of a person’s body. Here are some facts about alcohol to consider before consuming or continuing to use alcohol.

Seventy percent of eighteen year olds admit to consuming alcohol at least one time. Youthful drinking has been proven to show results of more teenagers being involved in accidental injuries as opposed to their peers who do not consume alcohol. It can lead to poor decision making as well as choosing to partake in more dangerous behaviors than their non-drinking peers. Risky behaviors could include making unhealthy sexual decisions, which could contribute to an increased risk of physical and sexual assault by both the one who engages in the assault or being a victim of physical or sexual assault. Risky behaviors could also lead to legal problems, for example getting caught for driving while under the influence. It also increases the risk of suicide and opens up the potential to use other drugs. Drinking at a young age could hinder school performance because alcohol use can hinder the brain’s development when used in one’s youth. It also drastically increases the likelihood of becoming alcohol dependent later in life. The risks of drinking at a young age far outweigh the benefits.

Binge drinking is when large of amounts of alcohol are consumed at one time. Binge drinking occurs most between those who are ages 18 to 34 years old. Binge drinking also occurs more in homes with higher income in contrast to those living in lower income situations. Binge drinking is also a more common issue among men than among women. Binge drinkers are tremendously more likely to drive while under the influence as well. Binge drinking increases one’s risk of alcohol poisoning, contracting a sexually transmitted disease, unplanned pregnancy, developing liver disease, heart disease, brain damage and sexual difficulties. It also increases the likelihood of unintended injuries. Binge drinking affects not only the life of the person doing the drinking, but also many others who are involved in this person’s life as well.

Alcohol can lead to long-term health complications. Alcohol consumption could potentially lead to fatal accidents, such as unintentional car crashes or accidental drowning. It could also lead to other unforeseen injuries, such as accidentally setting off a firearm and harming oneself or someone else. It could lead to poor performance at one’s school or workplace. It also has been shown to increase family stress and marital problems as well. One could develop alcohol poisoning or liver disease. Furthermore, one has an increased chance of developing high blood pressure or other heart related problems as well. Alcohol use could lead to nerve damage or permanently damaging the brain. It has also been linked to digestive problems as well. It could lead to sexual impotence, malnutrition and even cancer. Alcohol use can lead to all sorts of long term health issues, whether one uses for a short time period or a long period of time. Alcohol consumption contributes to hundreds of health related conditions, which are too many to list here.

Drinking responsibly is actually pretty easy. The best way to dodge the complications related to drinking is to avoid drinking alcohol. However, if you choose to drink, make sure you drink responsibly. One good tip to drink responsibly includes not drinking on an empty stomach. Make sure you have eaten before you begin drinking, which will help with the absorption of alcohol. Also, if their is food available, eat it while you are consuming alcohol. Not only will it aid in the absorption of the alcohol, it can potentially slow down the pace of drinking and fill up your stomach, so you will not feel the need to drink as much. Remember to pace your drinking; do not binge drink. Spread your drinking out over the course of the night and do not consume it all at one time. Decide beforehand how many drinks you will have and keep track of how many drinks you have had in order to avoid drinking too much. Choose drinks that are less concentrated with alcohol. Stay away from drinking games that will persuade you to drink more than you intended. Also, alternate alcoholic drinks with other choices of non-alcoholic beverages throughout the night. Furthermore, as a safety precaution, give your keys to a friend or arrange for a taxi or other mode of transportation to get you home if you plan on drinking. Stop drinking about an hour before you plan to leave, so it allows you time to sober up before leaving. Finally, remind yourself you do not have to drink to keep up with others.