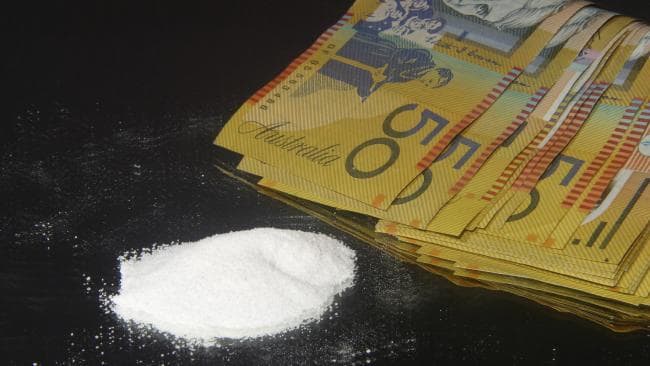 Australia has seen an increase in a cocaine habit over the past few years. Though there was a temporary lull starting in the year 2000, production and sales of cocaine are on a steep rise once again, especially in the last couple of years. While this may sound good to those dealing, it can be a death sentence for those using. Even though the use and production of cocaine have both increased, so has the price overall.

Cocaine wholesale prices in the United States range from about $4000 to $50000 per kilo as of 2016. In Canada this price is a bit higher at $41000 to $59000. These prices are extreme in any sense of the word, but Australia is truly the most expensive place to fund a cocaine habit. In Australia, prices range from $137000 to $222000 per kilogram. This means that to support a cocaine habit in Australia, a strong source of income is necessary. This could lead a person to commit illegal acts to support the habit. 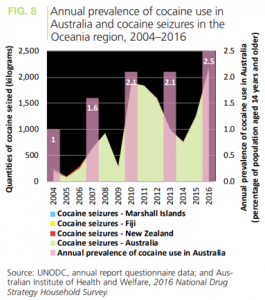 Oceania as a whole has a high prevalence of cocaine use. This is especially true of those ages 14 and older with 2.5 percent of the population claiming use. This is a high percentage for any area, but especially in an area where prices are skyrocketing.

Why do People Use Cocaine?

With the amount of money and dangers involved with cocaine use it may seem odd that people would still use, but there are a number of reasons that people may get involved with drug use, even if it is cocaine. The main reasons, which will be explained below, include:

Those who start using cocaine may have actually simply been experimenting when it was first tried. The effects after the first use are often what keep people coming back. Cocaine leaves a user feeling overly confident and euphoric, able to handle anything that happens. The problem is that even experimenting with cocaine can lead to an addiction.

Some people use drugs to combat loneliness. Cocaine is a good option for this as it has the ability to create a false confidence and talkativeness that may make those who are normally socially awkward feel right at home around others. Cocaine is also considered a party drug and may make those who are lonely feel as if they fit in more when at a party.

As mentioned, cocaine is considered a party drug, something to be done socially. When at a party, some, especially teens, may feel pressure to take part in the use of cocaine. Using may help them fit in, even knowing there is danger in doing so.

Cocaine is known to give the user energy, a confident feeling, and a euphoria that is often pleasant. Some people simple use to feel good, as a way to relax, unwind, and have a bit of fun. As people get used to this feeling and build a tolerance for cocaine, it takes more and more to achieve those ‘good’ feelings. This leads to addiction.

Those with mental health disorders are at a higher risk of developing an addiction to any type of drug. Many try cocaine to deal with depression or anxiety in social situations. Some people will also use cocaine to treat bipolar and other disorders with extreme highs and lows, but as a tolerance builds, more of the drug is needed.

As mentioned, cocaine is a party drug and many people believe they can use occasionally, for fun. Many believe and will tell others that they only use cocaine on the weekends or only at parties, but with repeated use, cravings occur. These cravings will have the user consume or inject more cocaine and build up a tolerance over time. This eventually leads to an addiction that is often out of control.

Cocaine is an expensive habit to feed and while the money is an issue, it can cost much more than cold hard cash. Cocaine addiction leaves a person with cravings and a focus only on getting the next fix. If the money is not available, the user may turn to criminal acts to gain finances. This could include theft, prostitution, and much more. A cocaine addict, will likely lose their job after a time and may start pushing away friends and family members who do not use or are concerned with the developing addiction. This can be tough, but often it is also a warning sign that intervention is needed or overdue.

Getting Help at DARA

If you or a loved one are addicted to cocaine or even just using it recreationally, then seek professional help. DARA offers several locations in Australia to help those with addictions of all types. They are an affordable, luxury style in-patient facility that treats the whole person, mind, body, and spirit. DARA Brisbane, Sydney, Melbourne, and Auckland all offer treatment to help those suffering with addiction get on the road to recovery. As a patient you will learn the tools necessary to move back into your every day life without the need for cocaine or other drugs. Call anytime day or night to get further information and have a room ready, your life may depend on it.