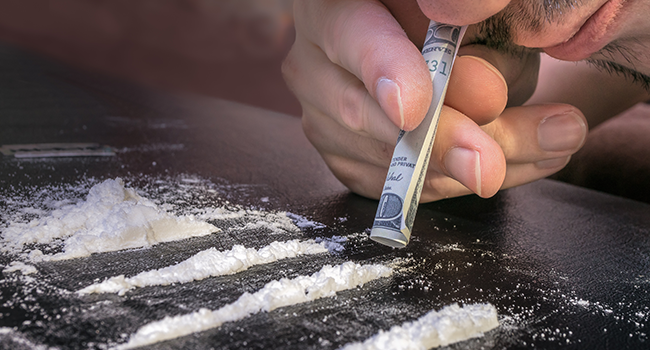 A relatively new group of drugs hit the streets a few years ago and continues to cause havoc amongst hardened users. Anyone tempted to try Bath Salts should understand the very risky game of chance they are involving themselves in.

What’s with the name?

Those who produce these chemically packed substances did so using a wide range of legal ‘ingredients’ that were packaged as a product labelled “For a soothing bath, not for human consumption”.

Increasing concern regarding the use and reactions of users has led to a clampdown and the banning of certain key ingredients, but production still continues with sales now conducted by street dealers who are always keen to add to their arsenal of illicit substances.

Seizures of the drugs have shown that up to 80 different chemicals are used in production with the finished result coming in small foil packages.

Users generally swallow, snort or inject, and apart from exposing themselves to countless chemicals with unknown individual and joint effects they should hope emergency medical treatment is the last thing they require.

This is due to the fact that detection and treatment of exactly what is causing them problems is difficult to establish and equally challenging to treat correctly.

A class of stimulants:

This group of drugs come under the category of “cathinones”; a type of strong stimulants that create hallucinations and aggression. The most commonly included drugs in a bath salts package are Mephedrone, Methylone, Pyrovalerone and MDPV (Methylenedioxypyrovalerone).

Users come from groups with differing drug experience, but Bath Salts particularly appeal to those who are committed cocaine or meth users. This fact has been put down to the powerful highs on offer.

Due to its highly addictive qualities many individuals rapidly find themselves using the drug on a regular basis. Once taken it will quickly fuel intense cravings for more of the same.

Once a person is hooked they generally continue use despite being fully aware of the consequences they are causing to themselves and those around them. This is because the ‘pull’ of the drug is far stronger than any willpower they have to stop using.

The highs and lows on offer:

Use of this drug is certainly not for the faint-hearted. The high can last between 3 and 4 hours and common effects include a strong sense of euphoria with a sharp sense of alertness to boot.

This is often accompanied by agitation and feelings of anxiousness. Hunger will not be something that registers and many forgo sleep while under the influence. Dilated pupils, tense muscles and headaches could well be an issue. Unwanted increases in body temperature and sudden nosebleeds are all part of a Bath Salts ‘experience’.

And that was the good news! Others will react differently. This may be due to the unpredictability of contents, or because increased amounts are taken. Serious effects include hallucinations, psychotic delusions, feelings and display of aggression along with persistent thoughts and attempts at suicide.

While all of these reactions are worrying enough, there is then the possibility of some highly damaging physical problems such as liver and kidney damage or failure, loss of bowel control, and in extreme cases a spontaneous breakdown of muscle fibre that is potentially fatal.

It cannot be stressed strongly enough just how addictive Bath Salts are. Those who are looking for ‘a bit of fun’, or those in search of a different drug experience should have this strongly in mind if they are tempted to dabble.

Many have found to their cost that rumours of rapid dependency are an actual reality once regular use becomes the norm. The highly addictive properties contained in this group of drugs presents serious cravings that most users find near-impossible to resist.

The resulting mental and physical effects an addict is faced with are damaging in the extreme, and in all honesty do not bear thinking about.

There have been many high profile cases where addicts fully under the influence of Bath Salts have completely lost control. The sad and sickening result has caused them to go on uncontrolled rampages, inflict self-harm, attempt and succeed suicide, aggressively attack innocent people and take the ultimate step of actually committing murder.

PLEASE do not even entertain thoughts of usage:

No drug or associated high is worth the frightening effects that Bath Salts can have on a person. Whatever you wish to call this highly addictive group of drugs that comes packaged and named with many aliases, it is certainly NOT ‘a bit of fun’.