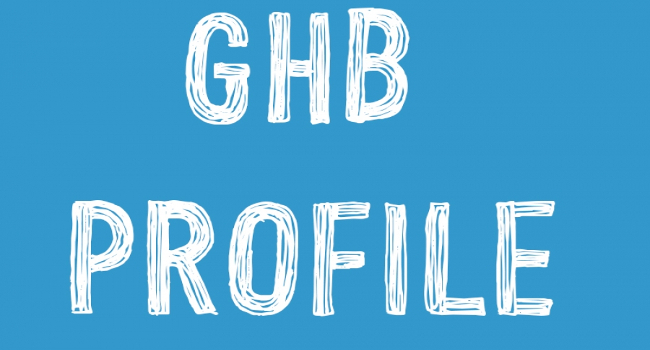 The popularity of the GHB drug has grown considerably over the last decade. Many clubbers take it as an alternative to ‘E’, indeed in many circles it is known as Liquid E. A more worrying aspect is its increasing use as a ‘date rape drug’.

Let’s take a look at what it is, what it can do and why you should be wary.

As with every other ‘recreational’ drug out there, GHB has its own names. As mentioned, many refer to it as Liquid E. Other monikers are G, Liquid G, Fantasy, Gamma-OH, Grievous Bodily Harm and particularly in relation to the ‘date rape’ use; Georgia Homeboy.

GHB is short for Gammahydroxybutyrate and when taken can give a ‘hit’ similar to an alcohol high. It can also increase sexual libido.

It does this by affecting the release of dopamine in the brain thus causing feelings which range from relaxation to sleep at low doses.

Larger doses can have negative effects that include nausea, vomiting, problems with muscles in the form of numbing or spasms and disorientation.

How is it taken?

It is commonly sold in 30 ml plastic bottles and taken in capfuls or distributed in powder or tablet form, mixed with water and drank.

What are the effects?

It can take anything from 10 minutes up to an hour for the drug to kick-in, so those using the drug would be very wise to wait until the first rush kicks in before taking more.

Those who take too much can find they suffer some very unwanted effects. These include paranoia, loss of coordination; this is caused due to muscle relaxation and loss of muscle tone. They can have difficulty concentrating, may sweat profusely and suffer from amnesia.

A high percentage of those who have reported problems mention passing out or unconsciousness on a regular basis.

What is a safe dose?

As users of recreational drugs should know only too well, the underground labs producing the GHB drug are unregulated and the strength of the finished substance can vary greatly. This means that each batch produced by the same, and different underground labs, will in all likelihood vary in potency fairly dramatically.

Amongst the less desirable ‘ingredients’ used by these labs you will find drain cleaner, lye and industrial strength solvent that is used to strip floors.

So, as the saying goes: The only safe dose is NO dose. But if you do venture down the GHB drug road then caution and small doses are the order of the day.

This is a difficult question to answer, regular users may swear that it is recreational and does no harm, however persistent use over long periods obviously increases the risk of addiction.

How to increase your chances of serious health issues!

This may seem like a strange comment, but a very common fact is that GHB drug users mix the drug with others such as marijuana, ecstasy, speed or cocaine. Such a cocktail of abuse is leaving these users wide open to potential health problems.

The other big ‘No-No’ is mixing the drug with alcohol, unfortunately this is a popular pastime for many, but once again those who choose to do this are greatly increasing the risk of damaging their health.

Those who should most definitely abstain:

If you suffer from Asthma, breathing or respiratory problems, or have low blood pressure issues, please do not even think about using this drug. The chances are you will increase such health problems. It should also be noted that in some cases this can prove fatal.

This is an insidious use of the GHB drug. Because the drug is odourless and clear, it is increasingly being used by sexual predators who will slip a dose of the liquid or powder into an unsuspecting victims drink.

Once the victim has consumed the drink they become incapacitated due to the drugs strong sedative qualities. They can quickly become disoriented, lose their memory and become unable to react to anything that is being done to them. In cases of large doses unconsciousness is common.

This situation is compounded by the fact that once their ordeal is over the victim may struggle to remember the exact circumstances of what and how things happened, and traces of GHB in urine are hard to detect after a 24 hour period.

While the general public focus on young party goers, clubbers and date rape aspects of the drug, it should also be mentioned that some bodybuilders and athletes see benefits in its use.

The jury is out as to how useful it really is, but those in favour cite advantages as being responsible for significantly raising growth hormone levels. Those who argue this point out that it also increases the body’s level of prolactin, and this increase counteracts the growth hormone elevation.

Other bodybuilders and athletes claim they benefit from an enhanced lean body mass, strength and the drug helps to accelerate fat loss.

Probably the biggest advantage claimed is how the GHB drug helps in terms of regular sleeping patterns. The problem here is that it is often necessary to increase dosage over time. This fact alone leaves this group wide open to possible addiction and withdrawal problems.

The other real issue is that as the drug is illegal, any athlete wishing to purchase will have to do so via the black market. As we have already touched on, the quality and strength of underground laboratories can vary quite dramatically.

Those producing the GHB drug are not doing so with the user’s health as their number one concern. As with all recreational drugs, profit is king. If you really feel the urge to experiment then do so with small doses, avoid alcohol and lay off those exotic drug cocktails that will surely leave you open to health problems that are best avoided.

If you, or someone you know and/or love, is battling an addiction and requires help, or more information, please contact DARA Thailand on +66 87 140 7788 or email info@dararehab.com.