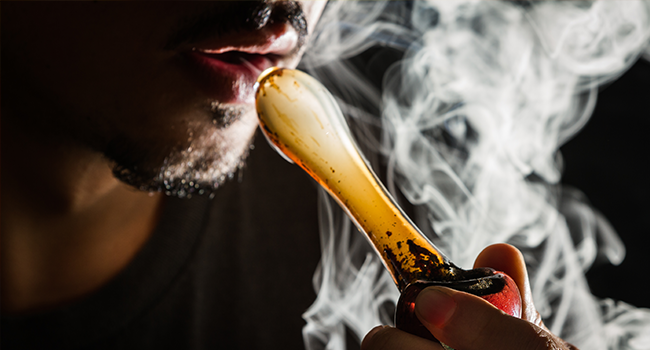 Recreational drug use is something millions the world over partake in. Many see this as the ideal way to relax in the privacy of their own home, or to give an added boost when enjoying themselves at clubs, raves, festivals and parties.

While this article does not condone such a pastime it is clear for all to see that drug use is part and parcel of many people’s lives.

What needs to be understood are the signs that ‘recreational’ and ‘occasional’ are turning into ‘regular use’ and a habit that needs constant feeding.

Let’s consider the definition of using drugs recreationally, why so many dabble, what the ‘favourite’ drugs of choice are, and why this pastime can turn into a dangerous, habit forming dependence.

Definition of recreational drug use:

Recreational drugs are generally classed as illegal chemical substances that are taken for pleasure. It should not be forgotten that legal substances such as alcohol and tobacco are often used for recreation, but are also highly habit forming.

Why do so many see drug use as part and parcel of life?

There are many reasons that men and women see drugs as part of their life. Peer pressure is a big factor for those starting out on the drugs trail.

Young users will often try drugs not because they have a particular desire to do so, but because the crowd they are hanging with have influential members who introduce a drug to try.

Not wanting to feel left out, many will feel pressurised into going along with this experimentation.

Others are genuinely interested in experimentation. They will do so in a quest to discover how certain drugs affect them and to feel the ‘highs’ that are promised.

A more straightforward reason is that those who try illegal substances genuinely enjoy the experience and feelings that their drug(s) of choice give them.

Three reasons that are not a great basis for recreational drug use:

Again, there are lots of reasons not to get involved in drug use, but those who take them for any of the following reasons need to be very careful they do not slip into heavier more regular use, dependence and addiction.

The reason for stating the above is that such reasons give false feelings that are only temporary.

Using drugs in such situations can rapidly lead to increased use, increased amounts when taken, and these users can find they quickly become dependent upon drugs simply to deal with day to day issues, to ‘escape’ their problems; which will not go away on their own! Or to help them relate to others.

Recreational drug use – the most common illegal substances:

Depending on which part of the world you live in Marijuana or Cannabis is the most popular drug for recreational use. This is followed by Amphetamines: Whizz, Speed and a whole host of other names, Cocaine: Charlie, Toot or ‘C’, Amyl Nitrates: Poppers, TNT, Liquid Gold, Ecstasy: ‘E’, Mandy, and then there is the ‘legend’ of all drugs; Heroin; Smack, Horse, ‘H’.

While all of the above can become habit forming the use of cocaine and/or heroin should be avoided. These are dangerous drugs to dabble with. This is due to the fact that your mind and body quickly accept these substances and become ever more hungry and dependent upon them.

It cannot be understated how quickly your mind and body take to drugs. Your brain and body are complex machines that know what they like and like what they know.

Tolerance of drugs is quickly accepted, but this acceptance comes at a price. The price is that both body and mind want more. As your tolerance to the drug builds, you need more of the same simply to reach the same ‘high’ as previously achieved.

A dangerous spiral to get into:

The tolerance factor means that regular and continued recreational drug use will lead to a user taking more of the substance, and taking it more regularly.

Before they really realise it the ‘recreational’ has disappeared from their drug use and they now find they have a habit that must be fed.

As this habit grows so does dependence and addiction. Users who find themselves in such a situation really must seek professional drug rehab assistance sooner rather than later.

No one sets out to become dependent upon drugs. Everyone thinks “I am far too strong minded to let my drug use take control”.

The evidence shows that many are wrong. The millions who are now addicted have their own story to tell, and this story will start along similar lines.

“….I began recreational drug use because the company I kept and the fun we had while under the influence was ‘cool’, ‘happening’ and a real good laugh…”

Unfortunately for many of these users the hold drugs takes on them has made things very ‘uncool’, ‘un-happening’ and the dependence they now harbour is anything but funny.

Moderation in all things is the sensible way to go, but drugs do many weird things to your thought process, feelings and mood. Excessive use is a surefire way to find yourself dependent on something that is not easy to stop.

What to do if you feel your drug use is becoming excessive:

Please do not delay in seeking the assistance of drug rehab establishments. The fact you have a problem with drugs is not something you should ignore or feel embarrassed to admit.

The longer you think the problem will simply go away and the longer you delay contacting an established drug rehab counsellor the more difficult things will become.

Recreational drug use will never stop, but if you decide to add this pastime to your list of ‘hobbies’ please be fully aware of the hungry expectation of your mind and body. They will want feeding more often and with larger portions.

Recognising the signs that you have moved on from occasional use to it becoming a dependent part of your life, and seeking qualified professional drug rehab assistance is vital to avoiding or overcoming dependence and addiction.