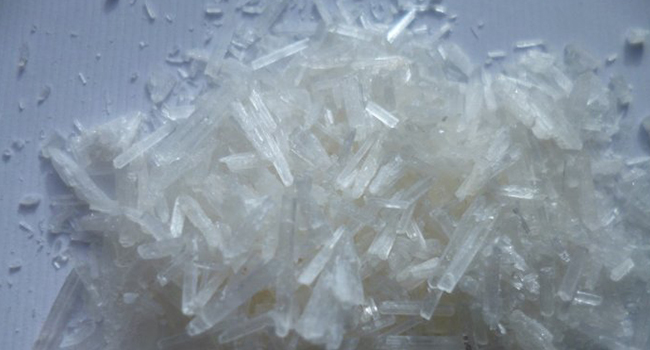 The effects of ice abuse have been felt by millions, and it is a given that millions more will feel its full force for the foreseeable future.

While the latter part of the above sentence may seem negative it is the truth. Thankfully a growing number of users affected by this highly addictive drug are beginning to understand that decisive help is on hand.

This is in the form of overseas addiction recovery resorts. We will touch on the services and advantages offered by such establishments later in the piece, but let’s first look at the drug with a short name and a long history of abuse.

ICE – The most destructive and dangerous drug of all time?

This is quite a statement when you consider the hordes of other illicit drugs out there, however, there must be something to such a statement if many observers and the very real effects of ice abuse are to be believed.

It is a form of the highly potent stimulant drug methamphetamine. Other forms include base and speed, but what makes ice stand out is that it is the purest, most potent form of methamphetamine.

Ice comes as a powder or in crystals. The most common methods of consumption are to snort, smoke, swallow or inject it. Whichever way users choose to take this highly addictive drug one thing is assured; once tried it will not let go easily.

ICE – So what is there to rave about?

Those who choose to smoke, snort or inject will feel an instantaneous hit while those choosing to swallow it will feel the effects after around 20 minutes.

Users state immediate effects include intense feeling of pleasure and stark clarity. Boundless energy and the ease at which they think clearly are on offer, and a greatly heightened confidence is yours.

It is little wonder that such effects are felt. This is because the drug dramatically increases your body’s levels of dopamine. This hormone is responsible for many things including pleasurable reward.

When we say a dramatic increase, this is no exaggeration: The use of ice can increase dopamine levels up to 1,000 times (one thousand, it is not a misprint!) the normal level. This is far more than any other drug or pleasure activity can achieve.

Such a powerful substance should tell you that ice abuse is common amongst users. This is because users quickly become dependent upon the drug.

It is claimed that many users are hooked after just a couple of hits. This is because the brain not only needs, but demands more of the drug. These feelings become all-consuming and such dependence quickly leads to addiction.

Not being able to ‘score’ is something that cannot be tolerated and reason often goes out of the window to feed an ice users habit.

Those who have succumbed to ice addiction and have sought the help of professional rehab services often claim that they felt powerless to stop use.

Any thoughts of being unable to secure a regular hit were certainly never entertained, and a supply would be secured by hook or by crook thus the rapid downward spiral to addiction.

Let’s now consider how regular abuse of ice affects the user. This is by no means a comprehensive list, but hopefully it will show some of the devastating effects that await those who dabble with this drug.

As with other drugs from the methamphetamine family many users report that their attention span is reduced, their diet goes downhill and sleep patterns are erratic to say the least.

Progressing such use often leaves users feeling overly anxious and/or depressed. They become confused far more easily, suffer insomnia which only adds to their negative feelings, and many suffer mood disturbances. Just as worryingly, violent behaviour is far more prevalent amongst ice users than those taking other illicit substances.

While such symptoms can be managed over a reasonable amount of time with the help of drug addiction rehabilitation services, the more serious psychotic symptoms can stay with addicts far longer.

These include delusions; a common delusion that is often cited by ice addicts is the sensation of insects creeping under their skin. Then there is paranoia, and hallucinations which can be visual, auditory or both to contend with. Such effects on the mind can last for months or years after a person has stopped use of the drug.

These psychotic symptoms are a major reason that those who seek help from an inpatient rehabilitation centre should choose an establishment that takes aftercare as a priority.

Inpatient rehab treatment is a must:

Make no mistake, the effects of ice abuse can rarely be overcome on your own. This highly addictive and destructive drug requires the assistance of professional rehabilitation services.

Many ice addicts are beginning to understand the huge advantages that luxury overseas rehab resorts can offer, and the fact that qualified treatment comes at a pinch of the cost it would be in their home country.

These establishments are there to serve addicts who are searching for the long term road to recovery.

A responsible rehabilitation resort will combine the two in a program that is designed specifically with you in mind.

They completely understand that no two individuals are exactly alike. They will discuss the methods of treatment and care with you to ensure they are right for you.

This will incorporate psychological, physical and spiritual aspects which will initially help you withdraw from ice in the least distressing way possible, and will then continue with aftercare options that best suit your circumstances.

The effects of ice now do not need to lead to a bleak future:

If you feel ice is closing its shivering grip around your life please seek professional rehabilitation services NOW. Do not keep putting it off in the belief things will simply “get better”.

By contacting a reputable overseas residential rehab establishment you will be giving yourself the best possible chance to make sure things WILL get better.