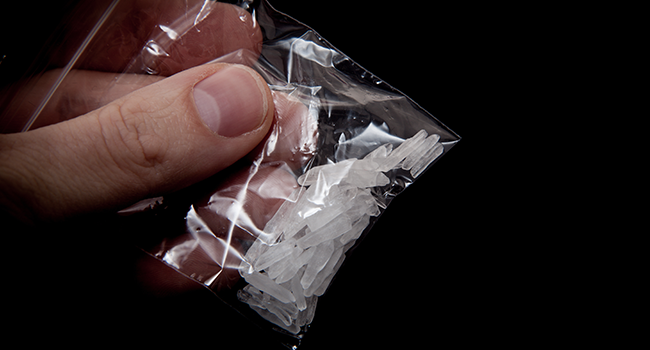 “Just try it once”, “A little surely won’t hurt me”, “It’s a cracking buzz”. These statements and many more have been heard the world over to those trying the highly addictive recreational drug that is ‘Ice’.

If you are considering, just starting out, or currently bang on the ‘Ice trail’ there are some important facts that must be understood:

Ice is derived from the chemical methamphetamine hydrochloride. As with other recreational drugs there are a host of street names: Meth, crank, crystal meth and crystal tea are all common monikers.

Meth is originally produced in powder form and snorted, swallowed or injected, but by putting it through a synthesizing process it turns into small rocks that resembles chips of ice. This smokeable form of the drug may look cool, but make no mistake; it is highly potent and extremely addictive.

How is it taken?

The ‘rocks’ are placed in a bulbous glass pipe, heated from below until reduced to a clear, smoking liquid. The vapours are then inhaled and directly enter the bloodstream via your lungs. From here it is rapidly sent to the brain.

Any leftover ice cools rapidly and reverts to its solid state. This means that when a user needs another hit they simply reheat the glass pipe, wait for the vapours and inhale. Once that is finished another ‘rock’ replaces it.

As this drug is odourless it allows users the opportunity to indulge in public places such as restrooms without being detected. It is also understood that many use the substance during working hours to increase their alertness and productivity.

When smoking ice, a user gets an immediate and intense high that leaves them feeling euphoric and fully alert. Known as “amping” after the effects caused by an “over-amped wire”. The effects of ice can last between 8 and 24 hours.

Because of its very moreish appeal many users smoke ice for days on end. When they finally submit to fatigue it is common for them to crash and fall into a deep sleep that can last a full day or more.

How users migrate to smoking ice:

The use of methamphetamine is categorised in 3 different ways. These are low intensity use, binge abuse and high intensity use.

We will leave out the latter as those into high intensity use will in all likelihood be smoking and injecting the drug on a constant basis and their need for the drug has become all-consuming. If this type of user is not already under medical supervision, then they most certainly should be.

This is how most users start out. They will swallow or snort meth on a regular ‘as and when basis’. They do so because it gives them that extra boost of energy and alertness to finish a task or get through a long overtime shift at work.

While classed as occasional users it is important to understand that in many cases this is simply a stepping stone to:

Low intensity users are not aware of the habit forming properties of meth, but they are aware of the effects it offers when swallowed or snorted. In many cases the next stage is being introduced to the heightened euphoric rush received when smoking the drug.

This method of use is psychologically addictive and sets them on the road to dependence. When ice is smoked the user gets a ‘rush’ that was missing from the effects felt when swallowing or snorting.

This rush lasts anywhere from 5 to 30 minutes and effects include an increased heartbeat and metabolism, a rise in blood pressure and a soaring pulse. This is down to the release of an adrenaline hormone called epinephrine.

After the rush comes the high. Many users call this the ‘shoulder’, and it gives a feeling of massively increased confidence which can often be seen as arrogance or aggression to others.

A high can last between 4 and 16 hours, but however long it lasts it will not end there because the user and their body very much like the feelings achieved.

This leads to binge use because the user has extremely strong urges to maintain their high. Each subsequent hit does achieve another high, but this is smaller than the original hit and reduces on each occasion. Hyperactivity from a physical and mental aspect are common traits of a binge user.

It cannot be stressed strongly enough just how highly addictive ice is. Many users find their need for more on a constant basis creeps up on them rapidly.

They also need to realise that the initial rush and high received will never be matched by subsequent hits, and that their search for those original effects only leads them into deeper dependence.

Many who smoke ice believe dependence will never come their way. Millions of men and women have, and will continue to find this is not the case. Ice is wickedly addictive and once regular use begins it will not let go easily.