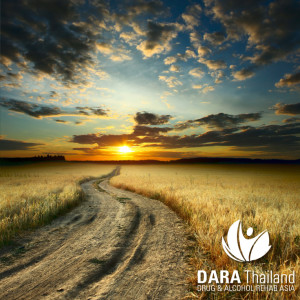 A local resident of Zanzibar has begun paving the road to recovery for his island’s growing heroin population. Sulueiman Mauly, a former heroin addict himself, started building sober houses about six years ago as a cheap alternative to rehab and a safe haven for drug users who want to get off the streets. It’s sad to know that drugs have permeated a place like Zanzibar, where tourists flock to experience the breathtaking beauty of Indian Ocean islands. But indeed, an estimated 7 percent of the population is addicted to heroin, which puts Zanzibar’s usage among the highest in the world, compared to rates in other countries recorded in the UN’s World Drug Report 2014. While most tourists wouldn’t know the extent of the drug problem in Zanzibar by simply visiting, a rise in the use of heroin could eventually have an impact on the island’s current status as an exotic paradise. Mauly’s sober houses help clean up the streets, where thousands of Zanzibar addicts have been making their home.

Mauly spent four years using heroin on the streets. He was desperate to find a way out of his addiction when he discovered a 12-step program in Mombasa, Kenya. The program worked. He stopped using, made amends, went through a period of self-examination, and he surrendered his troubles, all significant precepts of 12-step programs. Mauly was able to step over the Christian flavor of the 12 steps and maintain his Muslim beliefs, in part by considering his recovery group his higher power. He is now acknowledged as the person responsible for bringing 12-step recovery to Tanzania, the country where Zanzibar is located.

The sober house model established by Mauly is a new idea in East Africa. In fact, the idea that addiction is a disease rather than a criminal issue is new there, as well. The houses are run by drug addicts, who are in charge of the kitchen, group meetings, house chores and everything in between.  Along the road to recovery are activities like yoga and acupuncture, therapy sessions, 12-step meetings and art therapy. The goal of the sober house program is to restore the lives of addicts, and it’s hoped that in the process, Zanzibar will maintain its reputation as an island paradise.