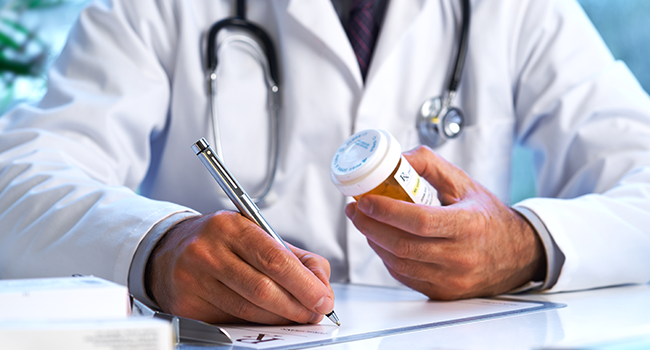 Prescription Addicted Parent? – Many people the world over put addiction to drugs firmly on the doorstep of the younger generation. They vilify the use of ‘heavy’ drugs such as heroin, cocaine and meth, yet place the overuse and dependence of prescribed medication in a different category.

The plain fact is that dependence is dependence and anyone who abuses drugs of any kind needs to seek professional rehabilitation assistance.

What is prescription medication:

This is controlled medication that can legally only be sanctioned for use by a certified medical professional. This drug or medicine should not be confused with OTC (over the counter) drugs which can be purchased by anyone over the legal age limit.

Prescription medication is recommended after a patient has seen their general health practitioner and been diagnosed as having a need for a stronger drug to help with their condition.

There is little doubt that this class of drug can help with a whole range of conditions from Anxiety to Weight-loss. There is even less doubt that if not taken as recommended the chances of becoming dependent upon them increase greatly.

Because they are so ‘moreish’ there is a strong temptation for a patient to ‘fib’ about their condition during subsequent doctor’s appointments in order to ensure a repeat prescription is issued.

Categories and some of the biggest ‘offenders’:

Prescription Addicted Parent – There are 3 major categories that the most widely abused prescription drugs fall into. These are:

Opioids: Often issued for either short term or chronic pain relief due to their highly effective pain killing abilities. This type of drug leaves the user feeling euphoric and at ease which is a state that can quickly become a constant need.

Central nervous system depressants: Many will know this category simply as tranquillizers or depressants. They include some of the most abused drugs available. Examples being barbiturates and benzodiazepines.

When used the result is a feeling of calm and relaxation. A user is at ease with themselves, but such feelings can very quickly become the ‘norm’ rather than the drug being used as prescribed.

Stimulants: This category of drug does what it says on the tin! It increases brain activity. This has the knock-on effect of increasing a user’s alertness and energy. While genuinely required by many, this class of drug is abused by even more.

Examples of the drugs you will come across:

Prescription Addicted Parent – There are a huge number of prescription drugs available. Here are just 5 of the most common and addictive:

Xanax: This benzodiazepine is used for the treatment of those with serious anxiety problems and panic disorder issues amongst other conditions.

It works by depressing the central nervous system and leaves a use feeling sedated, extremely relaxed, and at ease. So much so that it is claimed this is the most widely abused prescription drug available.

Valium: Along with its sister drug klonopin these are also benzodiazepines. As such they also provide very positive sedative effects. Many who abuse this drug do so for the highs received. It is stated these effects are similar to being under the influence of alcohol.

Users feel ‘pleasantly tipsy’, relaxed and talkative. The problem with these 2 drugs as well as others in the benzodiazepine group is just how quickly they become habit-forming. Excessive use and abuse is responsible for users suffering blackouts and accidental overdoses.

Many who use these drugs do so with other drugs. While this will increase the never ending search for ‘higher highs’ it also greatly increases the chances of dependence.

Oxycodone: Many will know this under its common ‘trade’ name of OxyContin, or through the combination of oxycodone and acetaminophen which is sold as Percocet.

This opiate is often likened to heroin and works by changing the way your brain and central nervous system respond to pain. When taken users achieve a combination of sedation and euphoria.

Amphetamines: With ‘Speed’ as its most common nickname this should tell you exactly what this type of drug does for a user.

Prescribed for those suffering with conditions such as ADHD (Attention Deficit Hyperactivity Disorder) and Narcolepsy; a condition that causes people to fall asleep whenever in relaxed surroundings, amphetamine class drugs work by increasing wakefulness, alertness and focus.

It is common knowledge that these drugs are widely abused and apart from the huge quantities that are dispensed via prescription every year there are many more sold illegally on the streets.

Ritalin: Another very well-known stimulant. This drug works on the central nervous system by increasing brain levels of the hormone dopamine. Amongst other things this hormone greatly increases a user’s attention span.

Two major things that are no different with this drug and other stimulants:

There are massive amounts prescribed year on year and the fact that they can quickly become habit forming.

How to broach the subject with parents:

Prescription Addicted Parent – If you suspect one or both of your parent’s are relying on prescribed medication it is often not an easy thing to approach them about, but this should not be something to discourage you.

By educating yourself on what types of drug are most addictive, what the effects of constant use are, and then finding the appropriate time to raise your concerns with them; this could well be when they are in a relaxed and calm state!

An aggressive tone is a ‘No-No’ and by avoiding raised voices these discussions should go a long way to persuading them that they are relying on their medication for the wrong reasons.

This may well be to the extent of them having dependence issues, but whatever stage their over-reliance is they should be urged to seek professional help and perhaps counselling to help them overcome these issues with your full support along the way.

Children with a Prescription Addicted Parent can contact Dara Rehab for help on this issue.

An excellent article on how to recognize signs of your parents addiction.