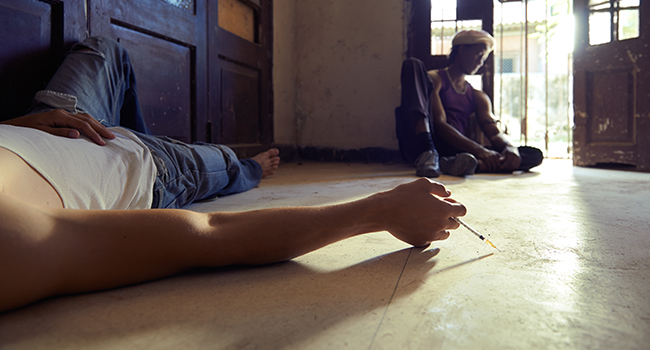 The word; overdose, quite rightly strikes fear to the core of those heavily into illegal drug use.

There is a possibility that anyone who suffers an overdose can come through unscathed, but there is also a very good chance you will have to live with extremely unwanted physical and mental issues after such an episode.

Then there is the ultimate downer to take into consideration. Those who do not survive will have unwittingly booked a morgue berth far too early.

Let’s take a look at how an overdose is defined, some of the reasons it can happen and what you MUST do before it actually does happen to YOU.

Definition of an overdose:

This is when a person accidently or intentionally takes their ‘poison(s)’ of choice in an amount that is higher than normally used.

It is possible to overdose on prescription or over the counter drugs. It is also common for those in a depressive state to take an excessive amount of pills or medicines in an attempt to end it all with suicide, but we will concentrate on accidently overdosing when using just two of the highly addictive substances that are readily available on the street.

‘Smack’ is a very common opiate to overdose on, and while it is far more common for long term users, or those who have recently relapsed to overdose rather than those new to ‘the shooting gallery game’, it is important to understand that new users are not immune to an overdose.

There are a number of reasons why users unintentionally suffer from an overdose. Things such as the adulterants the drug is mixed with are a rare, but possible factor, the purity and strength of the drug is another, and one to be very aware of is for those addicts who have been ‘clean’ for a period of time but relapse.

The reason that this group of users are so at risk is because when they get back on their ‘Horse’, they often take similar amounts to that used before they temporarily quit. Such a large hit after a period of abstinence is simply too much for their body to handle.

Falling asleep can be fatal:

It must be said that those who overdose have a very good chance of surviving if urgent medical attention is given, but strange as it may seem, many who die do so because their body forgets to continue breathing if they fall asleep while heavily under the influence of heroin.

When a person not under the influence of drugs falls asleep their body naturally continues to breathe while sleeping, but if too much heroin is injected and the user falls asleep there is a good chance that their respiratory drive can shut down.

Those who overdose on heroin will also lower blood pressure to dangerous levels and cause major heart problems. The ultimate of which is heart failure.

While the most common form of use is to snort powder cocaine, many heavy users will inject it or turn to crack cocaine for increased highs.

Continued cocaine abuse offers some seriously powerful stimulant effects, and if a person continues with high doses this can lethally overstimulate the body and brain.

Increased heart rate and higher body temperatures are normal effects of cocaine use, but these effects are increased even further when a user is taking so much of the drug that they are unknowingly heading for an overdose.

If emergency medical assistance is sought treatment will be similar to that given to those who have been poisoned, but if treatment is neglected there is a chance that the body and/or brain will simply shut down.

Surviving an overdose can still lead to long term problems:

Those who do survive an overdose can be fortunate and recover without long term effects, however many can be left with serious long term issues. Kidney or liver failure is a possibility as are major cardiovascular problems.

This can mean prolonged treatment such as kidney dialysis, or the need for major organ transplants are necessary.

Face up to your addiction before it is too late:

Once you are hooked on a drug the thought of being without it is very, very scary, but considering just some of the many horrific possibilities of an overdose is surely far more frightening.

It will not be easy to kick your drug habit, and the chances of doing it alone are very slim. If you know deep down that your drug use is way out of hand it is vital you seek professional rehabilitation assistance.

There should be no embarrassment or shame in seeking such help, indeed you should be applauded for taking this brave step. Failure to do so could lead to serious long term physical and mental problems, or an ultimate, untimely solution that must be avoided; death.