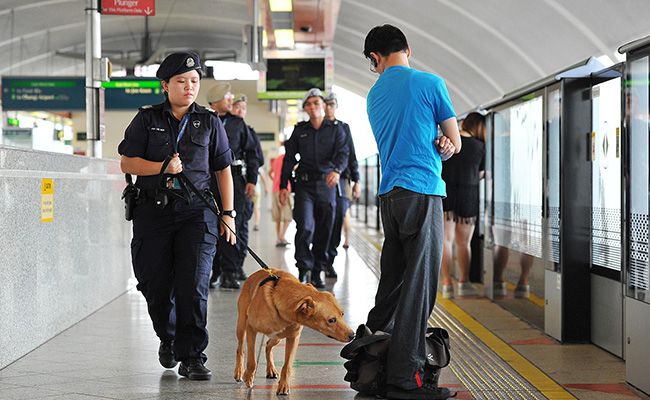 Despite Harsh Drug Laws, Singapore Has An Addiction Problem

Singapore has some of the harshest drug laws in the world. If you are suspected of using drugs or you are caught with drugs in your possession. You are looking at spending the next couple of years of your life in prison – or worse. There are mandatory death sentences imposed on those who are caught with large amounts of certain drugs like cocaine, methamphetamines, and heroin in Singapore.

It is perhaps these strict laws that makes Singapore one of the least drug addicted countries in the world. This is not to say there are not drug addicts in Singapore. Just like every other populated country internationally, the area is not without its problems with addiction. Many people in Singapore are addicted to drugs like heroin, methamphetamines and opioids.

Arrests In Singapore Are Decreasing, But New Abusers Are Increasing

Methamphetamines Are A Major Problem In Singapore

The 2016 World Drug Report by the United Nations Office on Drugs & Crime (UNODC) reported that methamphetamine seizures in East and Southeast Asia almost quadrupled between 2009 and 2014. Methamphetamines, also called speed, is a powerful stimulant drug that can make users violent and delusional.

According to a report by the CNB, there has also been an increase in the number of people who are guilty of online drug smuggling. “The number of people arrested for buying drugs and drug-related paraphernalia online increasing significantly from 30 in 2015 to 201 in 2016 – a 570 per cent jump,” the CNB reported.

Mostly, people are being synthetic opioids drugs like U-447700, which are manufactured and distributed by illegal labs in China.

The CNB said, “It has become easy for anyone to order items on the Internet and have them delivered by post or courier. Drug syndicates and peddlers have taken advantage of the borderless nature of the Internet to conduct illegal drug activities. CNB will continue to work closely with its Home Team counterparts and strategic partners to build up its detection and enforcement capabilities against online drug trafficking activities.”

If You Are Addicted In Singapore, DARA Thailand Is Here To Help

At DARA Thailand, we are equipped to help you battle your addiction problem. If you live in Singapore and want to get help here in Thailand. You can talk to one of our addiction specialists. We can help you make arrangements so you can come and stay at our first-class addiction treatment center. We offer all the tools needed to recover in a resort-style facility with five-star chefs and luxury accommodations.