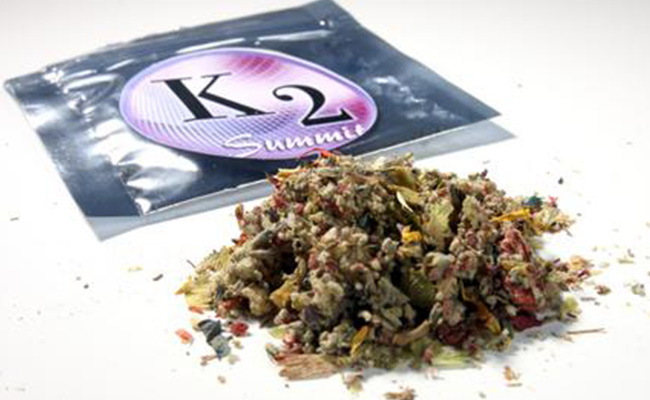 Designer drugs are created to circumvent legal standards and avoid prosecution, but some of these drugs are proving to be extremely harmful and overly addictive. One such synthetic drug is:

This synthetic chemical is designed to mimic marijuana, but goes much further. In the USA, designer drugs like K2, have already been branded Schedule 1 drugs by the DEA (Drug Enforcement Agency). The designers though, are determined to stay ahead of such laws by constantly changing the ingredients that go to make up Spice.

This constant tinkering is what makes the drug so potentially dangerous and provides such a large range of variation in the finished product. While this may not concern the producers, it should certainly concern those considering use.

It is important for those who use K2 to understand that what they are using may not be classified as illegal but it is certainly classified as addictive.

Harmful and frightening symptoms beset many who use this drug and include:

The big difference between Spice and natural marijuana is that Spice saturates brain receptors that marijuana only partially stimulates. In chemical terms this makes synthetic cannabinoids “full agonists”. The chemical compound found in marijuana; THC is only a “partial agonist”.

Because of the way Spice affects the mind and body it becomes more dangerous each time it is taken. This means higher doses have a two-pronged effect. These designer drugs will create increasingly serious physical reactions that include seizures, increased blood pressure and immense feelings of nausea and back this up with stronger psychological feelings already mentioned; hallucinations and paranoia but with a nasty addition. Many users also find they are subject to increasingly aggressive or violent acts.

Those who find their use of Spice increasing need to seek professional assistance far sooner than later. This is because the physical and psychological reactions they receive increase each time the drug is used.

It is possible for those addicted to Spice to opt for either outpatient treatment or the more focussed inpatient treatment option. The latter is seen as being far more effective due to the attention received. Although it must be stated that both forms of treatment can be successful, but what must be accepted is that addiction to Spice cannot be ignored.