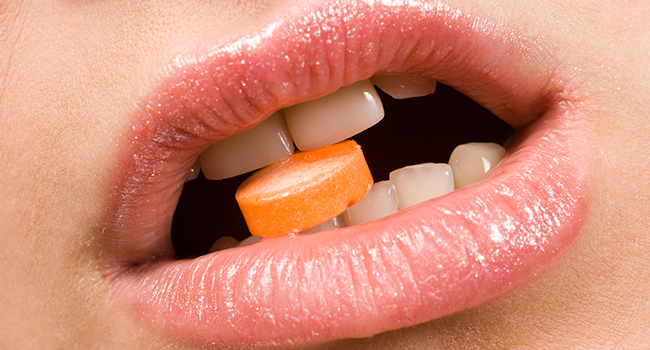 For a whole host of reasons Valium has a somewhat glamorous appeal. Valium side effects certainly do not.

This prescribed drug is part of the tranquilizer family and belongs to a class of drugs called benzodiazepines (commonly known as ‘benzos’). Its trade name is: Diazepam.

What is it used for?

Valium has a whole host of uses. It is used to treat those suffering from various stages of anxiety, to relieve muscle spasms, seizures, anyone going through acute alcohol withdrawal, and while not so widespread, it helps those who suffer from extremely bad nightmares, often referred to as ‘Night Terrors’. It is also commonly administered to patients as a sedative before medical procedures.

Why is it so popular?

In short; because it works! Users regularly report that it has an extremely calming effect and that it induces a relaxed, easy state of mind.

It achieves this because it acts on your central nervous system (brain and nerves) and serves to enhance the effects of GABA which is a natural body chemical.

What is the catch?

If valium does all of the above and more what is the problem? The problems are several-fold.

Firstly, continued use means those using the drug find their body quickly becomes tolerant to its use. This means that over time the body demands more of the drug to achieve the same effect. The result of this is dependence.

Secondly, due to its mind altering properties valium is highly addictive.

Thirdly, withdrawal can be a very unpleasant experience with associated valium side effects that need to be fully understood.

It is also very important for any user to understand they should NEVER abruptly cease use of this drug.

This is a moot point, as a retort we could ask the question: How long is a piece of string?

What is very clear are first hand reports of users becoming dependent upon the drug after just a couple of weeks use. Others have stated that dependency became a real issue after several months of use.

What is also very clear, and often overlooked, is the fact that recommendations and guidelines for use of valium are for SHORT TERM relief. This means the drug should NOT be administered for more than a 2-4 week period at a time.

Those dependent or addicted to valium will see a variety of side effects. We will break these side effects into 5 sections.

The ‘Positive’ side effects:

Let us start with the ‘good’ news and the reason that so many people find valium their drug of choice.

If taken in the correct prescribed doses and without any other drugs or alcohol over short periods many users maintain it produces a calming, relaxed effect. It leaves them in a good state of mind and allows them to get a good night’s sleep.

The common side effects:

There are many common side effects for users of valium. These are certainly not life threatening and can be managed sensibly.

Some of these symptoms include having a dry mouth and some users find their speech becomes slurred. They may find a decrease in respiratory rate and changes in their heart beat or rhythm.

Reflexes can be delayed and vision blurred. Appetites can change, some users suffer from nausea, others have trouble urinating. There is also a chance of increased confusion and a decrease in memory retention.

Valium side effects – The undesirable:

Many people use valium for anxiety issues. While it helps calm many there is also evidence that some of these users find their anxiety levels are heightened if the drug begins to wear off or the dose they are taking becomes insufficient.

Many users are irritable, they suffer from fever symptoms, stomach cramps, muscle seizures, their heart rate increases rapidly and many feel depressed.

The ‘obvious’ answer to such undesirable side effects is to take more valium. While this may temporarily ease such unwanted side effects it is also leading you down the ever lengthening dependence road.

The long term/serious side effects of valium:

Those who feel they are dependent or addicted to valium should take heed of the potentially life threatening valium side effects which long term use can cause.

Due to its potency, long term use of valium will have very powerful effects on your body and brain.

Such side effects include a slow pulse, breathing difficulties, memory loss, hallucinations, and possibilities of falling into a coma, or suffering from a heart attack.

It is very important that those dependent upon valium also acknowledge the impact this drug can have on their life in general.

Such side effects may not be life threatening, but they can be heartbreaking.

Valium addicts often feel socially isolated, they are more prone to losing a job and the knock on consequence of this often means they face financial difficulties.

The majority of users in such situations feel the only response is to reach for the valium bottle once more and thus the downward spiral continues.

As you can see such problems are not a welcoming prospect. This is why it is absolutely vital for those who have been on valium for a long period to seek expert professional help when it comes to withdrawal.

Who can help you withdraw?

While this can be done with the help of your doctor, please remember that they are general practitioners, their knowledge covers many medical problems and is not specific to any one problem.

This is the opposite of Rehabilitation Centres, or Rehab Resorts as some of these establishments are called. They have been set up with one thing in mind. That is to ensure first class care and treatment which is tailored exactly for you and your specific drug problem.

They will explain very clearly the valium side effects you should expect to encounter at various stages of your withdrawal. They will help you minimise such effects, and they will be a constant source of encouragement and support through treatment and counselling that has been specifically designed for you.

Another advantage of using a Rehab Resort is that it takes you away from your normal environment and the pressures this brings in terms of valium use.

Make no mistake, withdrawing from valium is no walk in the park, but it certainly can be achieved with determination and professional support. Having said this, it is also vital that you continue to receive aftercare.

This aftercare can last as long as is deemed necessary and if you are going down the sensible Rehab Resort route you should choose a centre that offers a good variety of aftercare options.