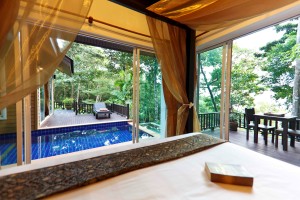 “Rehab tourism” is on the rise, with new figures set for release tomorrow (Friday, January 27) revealing a more than doubling of Aussie patrons to a leading five-star drug and alcohol rehabilitation facility in Thailand over the past five years.1

Between 2010 to 2015, Australian visitors to DARA Drug and Alcohol Rehab Asia, Thailand, presented largely with alcohol and methamphetamine (“Ice”) addictions. Most came from Perth, followed closely by Melbourne; were male; aged in their late 30s to early 40s; and spent an average of 35 days in rehabilitation.1

“Australians are unceremoniously renowned for being the world’s biggest gamblers and users of ecstasy, the second highest abusers of prescription opioid treatments, the world’s third highest users of methamphetamines, the fourth highest users of cocaine, and the seventh highest users of marijuana,”2 according to Dr Phil Townshend, Clinical Psychologist, DARA Treatment Director and former head of Gamblers Help Services at the Victorian Responsible Gambling Foundation, Melbourne.

To learn why Australians from all walks of life are flocking to Thailand in record numbers to address their addictions, tee up an interview tomorrow with:

To join the conversation: