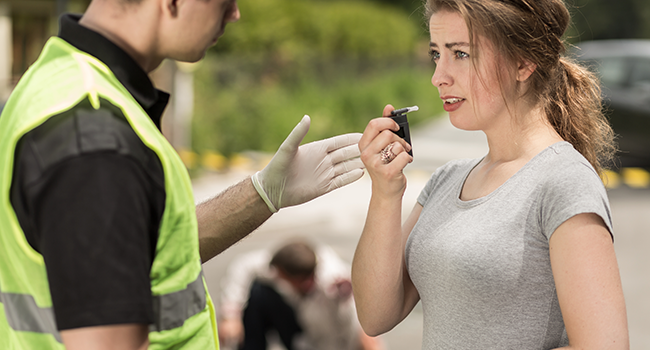 We continue our overview of alcohol, its effects on the human body in varying stages of inebriation and the science behind measuring it accurately.

No, it is not an alcoholic drink made from some type of blood. Blood Alcohol or rather its levels are how we and the scientific world quantify levels of alcohol and inebriation effects on human body. It is specifically, a numerical percentage of ethanol concentration in blood. This is to date the most accurate way to measure levels of alcoholic intoxication as it provides values people can understand and have heard about since they were kids. Alcohol has been around for millennia and this specific way to measure it has also been around for a good while, albeit only in the recent decades we have developed technology to determine and test it reliably outside of laboratory environment and most importantly – fast, as lab results could take months to come back. Law enforcement worldwide has jumped at the chance to reliably determine a person intoxication levels in the form of a “breathalyzer”, which is, in fact, a brand name product of the device, much like Xerox for copiers and Kellog’s for breakfast cereal. When the user exhales into a breath analyzer, any ethanol present in their breath is oxidized to acetic acid at the anode while at the cathode, atmospheric oxygen is reduced. The overall reaction is the oxidation of ethanol to acetic acid and water. In turn, the electric current produced by this reaction is measured by a microprocessor and displayed as an approximation of overall blood alcohol content (BAC) by the alcohol sensor.

There are a lot of variables when it comes to being under the alcoholic influence. As mentioned in the previous article something as simple as your age, gender and build can play a large role in how many drinks you can handle before making a complete fool of yourself. Or worse. Same goes for whether or not alcohol was consumed on an empty stomach or did the person have a full meal beforehand as food absorbs alcohol, slows down and makes the same amount of alcohol to be released in the bloodstream a lot slower, acting as a buffer.

If a person maintains above normal amount of alcohol consumption on a regular basis, he runs the risk of becoming addicted to alcohol. Since alcohol affects our brain, using it too much and too often re-writes the normal coping mechanisms and brain functions, becoming dependent on the external stimulus of the alcohol and eventually as a result needing it in the system just to function. While generally accepted and even idolized, alcohol consumption has a great chance to spiral out of control into a full-blown addiction which is one of the hardest to treat due to the fact that if done improperly could result in the patient’s death. Detox period especially is very critical as stopping alcohol intake outright after years of abuse can result in respiratory arrest, stroke or heart-attack. This is why alcohol addiction and its treatment should not be treated lightly.

Alcoholism and its dependence only get worse over time. Once the “hook is in the lip” most people find it extremely difficult to come to terms with their addiction. Mostly due to how people have made alcohol into a socially acceptable way to relax in a recreational way and the fact that the addict has made such a seemingly innocent substance the crutch of their lives can be a hard truth to swallow for most. The truth is, alcohol is anything but innocent and destroys lives in more ways than we would like to admit. When used in moderation and by an adult and responsible people alcohol can be enjoyed, but that slope is steep and slick with false expectations and overestimated personal resistance.

If you or anyone you care about show signs of alcohol abuse, do not hesitate to seek out help. Alcohol has been considered a harmless substance for so long that only recently have we stopped to look around and face the truth – alcohol destroys and you don’t have to fight its devastating effects alone.