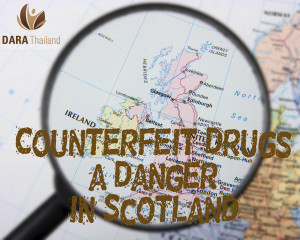 The world of drugs—from an enforcement point of view as well as from a consumer’s—is complicated enough without the added wrinkle of fake drugs. Heroin and cocaine have always been adulterated; the profit motive that facilitates distribution guarantees that these drugs—in powder form—will be “stepped on” at every level between manufacture and consumption.

Fake ecstasy is now intruding on the Scots club scene, keeping authorities on their toes as they strive to keep up with the branding schemes that dealers come up with to persuade users that “this time it will be different” and that they will get the real deal. Ecstasy, rebranded (in the US) as Mollie after users finally soured on the possibility of acquiring a legitimate version of the product, is—or should  be—MDMA, a member of the amphetamine class of stimulants. In its pure version, it produces euphoria and a sense of intimacy with others (especially if they too are under its influence). It has been popular as a dance-club drug for several decades.

The fake ecstasy coming into Scotland is mainly manufactured in China, where criminal gangs have chemists in labs of varying levels of sophistication manufacture drugs—many of them legal—that they then blend in order to mimic the MDMA effect. One especially dangerous substitute is PMA, another drug in the amphetamine class.

There is some clinical indication that repeated use of even pure MDMA leads to increased rates of depression and anxiety. Chronic users may perform poorly in cognitive or memory tests. For chronic users, withdrawal symptoms include fatigue, concentration problems, and loss of appetite, as well as cravings for the drug.

There are no pharmaceutical treatments for ecstasy abuse, but treatment is available. As with any drug, the user has to come to a point, whether by self-realization or by intervention, at which he or she realizes that they can’t continue, can’t moderate, and can’t stop on their own. With this as a starting point, modern treatment methods can be successful.