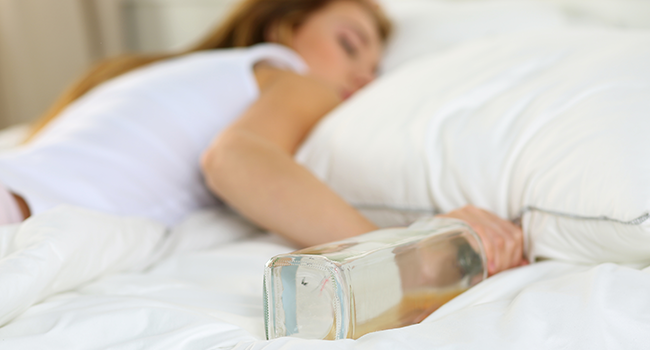 It is a well-established fact that drinking problems show no prejudice. Alcohol is highly addictive and once it has a grip on you it takes no prisoners. Indeed many who have alcohol issues find the need to reach for the bottle becomes all-consuming.

Why is it so addictive?

Alcohol is a central nervous system (CNS) depressant. When taken in moderation and on an occasional basis it works to relax, helps to reduce anxiety and loosen inhibitions.

The important words above are “moderation” and “occasional basis”. The reason for stressing this is that regular and heavy drinking has a very powerful effect on your brain and body.

It works by developing a tolerance and physical dependency to alcohol. As your body’s tolerance increases so does your dependency. The only way to ‘feed your need’ is to consume more and more in an effort to achieve the same effects as previously experienced.

Alcohol will not release its grip easily. Many of those who try to stop drinking without the assistance of recognized alcohol rehab programs will fall at the first hurdle in their attempts to overcome drinking problems.

There are a whole host of problems that those addicted to alcohol are likely to encounter. Here are 2 major headings that have many branches.

When alcohol becomes your main focus you are putting a raft of relationship problems in your path.

Your partner, family and friends will feel the backlash in terms of your rapid and erratic change in attitude towards them. Commitments will be missed, chores neglected, and your appearance along with fears for your health will concern them greatly.

Most importantly, the ones who love you will be left confused, hurt and saddened by your apparent selfishness and dependence on alcohol that such drinking problems are causing.

It is extremely important for anyone who is addicted to alcohol, or those who feel they are rapidly heading down this route to understand it is not just themselves they are damaging.

Alcoholism brings a trail of destruction from a relationship perspective, and the sooner this is accepted, the sooner professional rehabilitation services can assist.

It is common knowledge that regular and excessive drinking will damage your health. Many think of liver problems such as cirrhosis. Others relate to fatalities and injuries caused by drink driving, violence and accidents around the home.

But the health issues are far more wide ranging. Those who drink heavily are leaving themselves wide open to cardiovascular problems such as seizures, heart attacks and strokes.

Then there is high blood pressure, anemia, cancer; which is exasperated if those with drink issues also smoke, and from a psychological aspect think depression and possible dementia.

Such examples are just the thin end of the wedge in terms of health problems, indeed health experts attribute over 60 health problems related to alcoholism.

Is there a way out?

While drinking problems can creep up on you in a fairly short space of time it MUST be made clear that professional help is available and that it MUST be sought sooner rather than later.

We touched on the ‘DIY’ approach earlier. This is in terms of trying to quit yourself. The problem here is the strength of the withdrawal symptoms your body and mind display at the displeasure of being starved of their expected ‘fix’. These are often very harsh and can be extremely difficult to overcome on your own.

Such withdrawal symptoms will be physical as well as emotional. Their severity is determined by a variety of issues such as the length of time you have been dependent upon alcohol as well as your general physical and mental state.

They include, but are certainly not limited to: Anxiety, sweating, shivering, feeling nauseous or being physically sick and body shaking; which is often called ‘the DT’s’ (Delirium Tremens).

Many associate the DT’s with the way your hands shake when alcohol is denied, but the fact is this symptom has far reaching effects in terms of your physical and mental wellbeing.

Alcohol addiction can be managed:

Those with drinking problems need to understand that alcohol rehabilitation services are available for a specific purpose. That purpose is to assist you in every way possible to come to terms with your alcohol issues.

These establishments will work with you. They will help you accept the seriousness of your situation, and this acceptance is a vital first step on your long road to staying clean.

They will then proceed to put plans in place that will be clearly explained, understood and accepted by you. Such steps will include medical, physical, psychological and spiritual sessions that are targeted to give you the best chance of staying off alcohol for the long term future.

It is very important for those with alcohol issues to fully investigate the treatment options available. Here is a brief insight into two:

It goes without saying that outpatient alcohol treatment and services such as Alcoholics Anonymous have been operating for many years, and that they have helped countless numbers of men and women come to terms with their alcohol issues.

The challenges with such outpatient treatment is that you are very likely to remain in the same environment, and be mixing in the same circles that helped fuel your alcohol addiction in the first place.

Such an environment makes relapsing a strong possibility. Not because you are weak, but because the temptation and strength of your feelings towards alcohol are stronger.

In terms of residential rehab you are giving yourself the best possible chance of starting over. You will be taken out of your normal environment and into a relaxed, totally focused, calm and caring one whose mission is to assist you in every possible way.

You will learn many things about yourself, the problems alcohol has caused you and your loved ones, and where possible how to repair these relationships.

Sensible, solid advice will be given on how to avoid potential relapse situations, and a big part of your recovery will be the excellent aftercare options offered.

Often referred to as luxury rehab resorts, these establishments will work to show you how positive life can be without the crutch of alcohol to aid you.