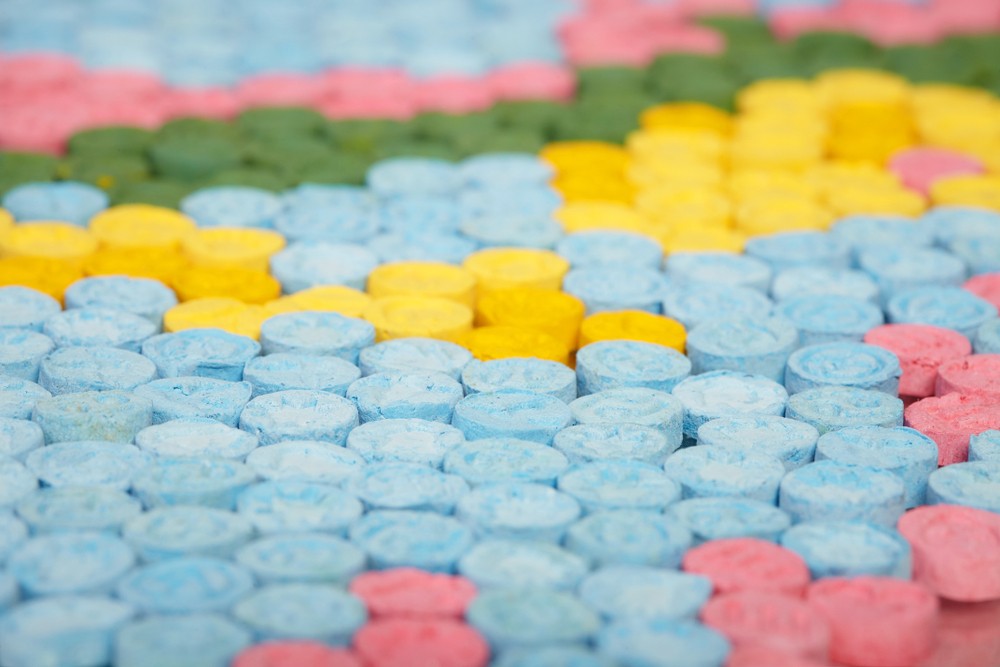 Ecstasy Defined and How it is Made

Believe it or not, ecstasy was at first developed by Merck pharmaceutical and was known as MDMA. It was used by the US Army in the 50s in psychological warfare tests and then in the 60s as a medication for psychotherapy that lowered inhibitions. In the 70s, MDMA was just beginning its journey as a party drug. This continued into the 80s and was legal, known as ecstasy. By 1985, the drug was banned due to safety concerns. Since that time, ecstasy has become a basic marketing technique for dealers. But the newer version contains little or no MDMA. While the MDMA in itself can have negative effects, what is called ecstasy today is a variety of substances. These may include a mixture of:

These pills which often have a logo or picture stamped on them, are dangerous because the user never truly knows what is in the pill itself. Though pill form is most common, liquid ecstasy, called GHB, can be injected. GHB is a nervous system depressant that can be found in things like floor stripper, drain cleaner, and degreasing agents. Making it deadly.

There are many names that mean ecstasy. You may also find a drug known to produce similar effects. Some of the more common names are included below.

These are not all the names, but some of the more common. Any form of this drug can be deadly from the first use. This is due to the overall effects as well as the mixture of stuff used to create it.

Ecstasy comes with both long-term and short-term effects that will be shared. But it should be remembered that it was outlawed for its dangerous overall effects.

Shortly after taking MDMA or what is being passed as ecstasy, the user can experience a range of effects that are related to the hallucinogenic and stimulant properties. These effects can last from 3 to 8 hours and include:

These are considered the positive effects. But there are also dangerous short-term effects related to the use. These include:

Be Wary of Unexpected Side Effects

While these are known effects, with the increase of mixtures to form ecstasy, there are also side effects that may be unexpected. This will depend on what was mixed into the drug itself. The worst part is that users may have no idea what is mixed together. Making it dangerous to use even once. Even though a person may intent to buy ecstasy, there is no real way to know what a single pill contains. The mixtures can increase the negative side effects.

Though the effects of MDMA can last up to eight hours, many people use other drugs as soon as the effects begin to fade. For up to a week a person may experience side effects that include:

While it is rare, ecstasy overdose may occur from hyperthermia or failure of the heart, liver, or kidneys. This is in part because the need for food, water, and rest are masked while at the same time the body temperature and level of physical activity are increased. Users may try to combat this by drinking large amounts of water which can throw electrolytes into imbalance and cause brain swelling due to water retention.

MDMA is thought to deplete serotonin levels throughout the brain. Serotonin plays an important role in mood, sexual desire, pain, and even sleep. Impaired serotonin neurotransmission can lead to psychological after effects and impairments in cognition long after use ends. People who regularly use ecstasy can suffer enduring effects such as:

These effects can be permanent for some depending on length of time used. But some can be overcome if use is stopped.

As the levels of dopamine, norepinephrine, and serotonin drop in the bloodstream, withdrawal may begin. With ecstasy, withdrawal symptoms are thought to be more psychological than physical in nature, though some are physical. These include many of the same effects previously mentioned and can include:

This typically starts within 12 hours after the last dose of ecstasy and peaks within a few days. It can take time for the brain to stabilize itself and normal levels to return. This could last for weeks or months for some with enhanced use meaning longer withdrawal symptoms.

Ecstasy is often used in conjunction with other drugs which can complicate withdrawal. Furthermore, co-occurring mental and medical issues can also influence the withdrawal timeline and severity of effects. Biological and genetic factors can also affect withdrawal in intensity and duration. These can include metabolism rates, age, gender. Even personal and familial history of addiction. Some environmental aspects may also play a role as high stress levels, trauma. Lack of support can increase the psychological symptoms. In some cases, increase cravings.

If you or a loved one has started taking ecstasy recreationally or on a regularly basis, then seek professional help immediately. One high quality, luxury style resort is that of DARA. With several facilities in different areas, DARA uses an approach that works with the whole person. Offering personal trainers, nutritious meals, private and group counseling, and education about addiction, each client leaves prepared to face their everyday life, addiction free. DARA has people standing by to answer questions and book a stay 24/7 so there is no excuse to wait. If you want the best chance for long term recovery, then DARA is the way to go.