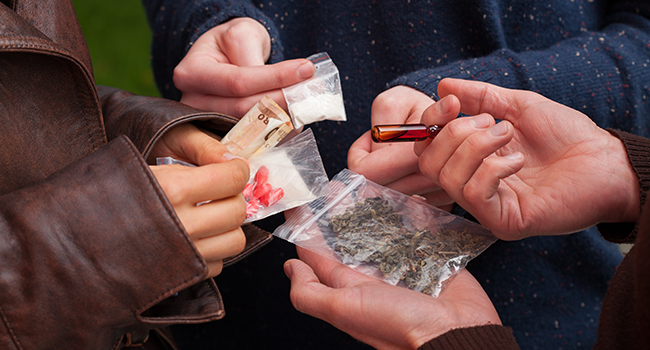 Many parents blame themselves, when they find out their child is abusing drugs. After all, we have all been reminded by the society, that if you raise your children right, they will not use any drugs and will stay out of trouble. That, however is not true. Herding children like sheep does not work, they have their own dreams, thoughts, goals and aspirations. Their scale of values is drastically different, than that of an adult. Unfortunately, this rebellious nature of our offspring is one of the likely causes that contribute to the harrowing teen drug abuse statistics of twenty first century.

When surveyed, our youth paints a pretty shocking picture.  More than 70% of teens participating in this survey had used drugs within the last year, and 30% of them had used marijuana. What is even scarier, is the fact that nearly 10% of them had used some type of stimulant and another 10% have dabbled in opiates.

What is not so shocking, is what we already know – drug abuse can be critically detrimental to both teens and adults. Drugs and their effects do not discriminate by age, race or ethnicity – the damage is real and plain to see for all of us. A common manifestation of teen’s runaway problem with drug abuse are falling grades and failed classes. Skipping classes altogether seems a much better alternative to studying when it comes to chasing the high and putting in the work to find your next fix. As a result, dropping out of school is a very common occurrence among troubled teens. Sadly, this is not where the cause and effect loop ends. Skewed list of priorities and ruined future prospects due to sub-par education, sadly, are not the only negative effects of drug abuse. They are more prone to mental problems, physical altercations that often end in homicide, illness or suicide.

If you find yourself in a role of a parent that is facing his child abusing drugs, it’s imperative, that you understand the possible causes and reasons for it. There are a number of factors that contribute to drug abuse among young adults and children.

Increasing amount of teens turn to drug use because they are simply bored and curious of new experiences. That drive every parent puts in their child, to learn and seek out new sources of knowledge and experience is seldom controlled. The sword of curiosity can cut both ways and the idolization of drugs and drug use in modern media is sending our children the wrong message. A study performed by American Academy of Paediatrics show that advertisement may be responsible for nearly 30% of teen drug, alcohol and tobacco use. The latter two still being advertised vigorously on billboards, in magazines, in movies and music culture. Nearly 25% of music videos and just as big of a percentage of R rated movies show tobacco use. Alcohol falls in very similar margins of percentages.

These sources of information and influence rarely explain the detrimental effects of substance abuse, not to mention that the ability to make rational and logical decisions is still developing during the teens of a young adult life. This contributes to children being highly susceptible to influence and subliminal messaging. They are easily swayed by what they see and hear and it should be every parent’s top priority, to be aware of what is your child watching and listening to. Most of these sources if bad influence are disguised as regular adverts and movie scenes. Being able to identify potentially troublesome source of media that your child is absorbing can mean the difference between a stern talking with your child and visiting him in a juvenile detention centre. It’s important your child understands the difference between real life and what is being depicted in movies and music videos.

Every teen has the desire to be part of something, belonging to something. Most teens find the need to fit in with their peers. They spend much more time with their peers than their own parents so their influence on each other must not be underestimated. Many children will do and say things they would not normally do – just to fit in. What is even more troubling, is that the polar opposite can have the exact same effect. Teens who feel like outcasts and have low self-esteem are just as likely to succumb to drug abuse to alleviate the negativity they encounter on a daily basis and generally feel better about themselves.

This need to belong and share similar interests often result in drug abuse epidemic in some schools. Most teens when surveyed have admitted that school is the easiest environment to acquire illegal substances or make acquaintances that would allow them to do so. More than 80% of surveyed teens admitted to knowing someone in their class who had a substance abuse problem, while 17% admitted to using themselves.

Inform your child that it is not necessary to use substances just to fit in. A strong sense of individualism and pride in one self should be taught to your child from an early age. Understanding of cause and effect should make it clear to them that socializing with people who do not abuse drugs is preferable to those that gamble with their future and lives.

School in any of its forms, can be a very stressful and tiring part of any young adults life. They are under constant pressure to perform – have good grades and be active in extracurricular activities. For many, this time also means their first work-experience as a summer job or part time work commitment. They are preparing for their future, as is reminded to them by all the adults in their lives, often on a daily basis. Is it any surprise then, that our children turn to things that can help them cope with this onslaught of information, peer-pressure and the inherent need to make parents proud with their achievements? A simple survey performed by the Partnership for a Drug Free America shows that nearly 75% of teens partake and abuse substances to cope with the stress and pressure in their lives. That is countered by their parents, only 7% of whom, believe that their child would use drugs to deal with stress.

It’s important your child learns of various ways to alleviate stress and negative emotions. They need to understand what stress is, that it’s a normal part of everyone’s life and is what makes them unique as a personality. Explain, that we are all stressed out by many different factors and being able to identify the triggers is a path towards a happy and stress-free life. Show them alternatives to drug abuse as a means to an end.

Most children will seek out approval of their parents until one day they decide they are adult enough, know what’s better for themselves and generally feel like their parents are just holding them back. Just as kids have an inherent need to fit in, they also feel like their parents are out of sync with their train of thought and are not qualified to pass judgement. Sudden interest in drugs and alcohol is a direct contradiction to what most parents wish for their kids and therefore is a justified means to an end – rebellion. Standing up for one self and being an individual who can make their own decisions. This, more often than not, is direct result of parents teaching their child a sense of self-reliance and individualism we already spoke about earlier in this article. Kids take that idea and just run with it, feeling suddenly betrayed by their parents who have been teaching them all this time to cultivate their sense of individuality and strong personality.

One of the most important part of any parent’s responsibilities is to stay involved in the lives of their children, know where they are and what they are doing. Be aware that this goes in direct contradiction to what the child is trying to achieve and might feel like you are deliberately standing in their way of growth. Communication is the key here, let them know that your intentions are only for their own benefit. This is one of the situations where you have to be careful how strict of a parent you are. Trying to counter their rebellious nature might make them resent you even more and is very often the cause for bad blood between parents and their child, long after they have already grown up and might have a family of their own.

In a life of a troubled teenager, under constant peer and parental pressure, drug use can make them feel as if they have already passed through this stage in their life. They strive to become adults as soon as possible, because in their eyes adults have everything permitted and none of their current troubles would matter if only they would be an adult. Adults don’t go to school where there are bullies and groups of children that are mean to each other. Adults surely don’t have relationship issues, since mom and dad are so happy together and that’s because they are adult, right? This kind of thinking is rife among young adults and they feel like substance abuse is something that would propel them into adulthood and rid them of their personal issues. Furthermore, teens that are in company of adults that use various substances to augment their life, are more prone to succumbing to such vices themselves. Therefore, it’s imperative that you set your child a positive role model, an example to strive for.

Being a parent is never easy, even more so when your child is abusing illegal substances. There are millions of parents that are in the exact same situation, for better or worse. There is a lot of help out there, excellent rehabilitation programmes and trust groups willing to help. Whatever you do, don’t be passive, your child’s future is at stake.