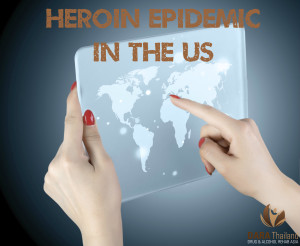 According to data compiled by the Substance Abuse and Mental Health Services Administration (SAMHSA), in the US, heroin use in that country doubled between 2007 and 2012. The governor of the state of Vermont proclaimed a “full-blown heroin crisis” in a speech earlier this year. Deaths by overdose in his state doubled last year.

Unlike the traditional demographic for addiction—disproportionately the urban poor—today’s heroin epidemic is no respecter of boundaries: young or old, rich or poor, black or white, urban or rural, all can be affected as individuals and communities. This is because the path to addiction has undergone a fundamental change over the last twenty years.

Traditionally, heroin addiction was the last stop in a cycle of abuse that usually started with alcohol and marijuana. Users would escalate the abuse cycle with sleeping pill abuse (mixing them with alcohol), speed (often starting with prescription diet pills), and perhaps hallucinogens. Most young people weren’t exposed to heroin until they were fairly entrenched in the culture of drug use.

According to a US news broadcast—an NBC multi-part special on America’s heroin epidemic—the path to heroin is now shorter and quicker, and it begins with prescription pain pills. In the late 90s and the first decade of this century, medications like Vicodin and Oxycodone became abundantly available, and young people quickly embraced the powerful and—at the time—cheap high that they afforded. Meanwhile, the threshold for determining the level of pain needing these treatments was lowered and more of the medications were prescribed. “Pill mills” sprang up all over the country, from rural areas in Virginia and Kentucky—where the drugs were nicknamed “hillbilly heroin”—to middleclass neighborhoods in the suburbs. High school and college students, stay-at-home moms, white-collar workers, and high-profile professionals and entertainers found themselves trapped in dependency, whether they started out getting high or medicating real pain.

From one perspective, it was clear that more pills were being manufactured than were needed for legitimate medical purposes, and that the surplus was being diverted to an illegal market. Profit was available at all levels, from the street all the way up to bulk theft at the wholesale level. Ultimately, law enforcement cracked down on the pain pill phenomenon, and the natural consequence was that prices went up, creating—ironically—a demand for something cheaper.

Enter heroin, with all its attendant dangers and complications. For the user, needles, HIV, hepatitis, potentially lethal adulterants, and a new brand of criminal to deal with for access; for law enforcement, following the trail of street dealers up the food chain to international smuggling rings that are often also involved with guns and dangerous cartels.

Public awareness and treatment are being emphasized, along with law enforcement, to try to stem the flow of narcotics, especially to young people. Policies are being examined, and the trend is toward drug diversion programs, wherein addicts are referred to treatment rather than incarcerated.