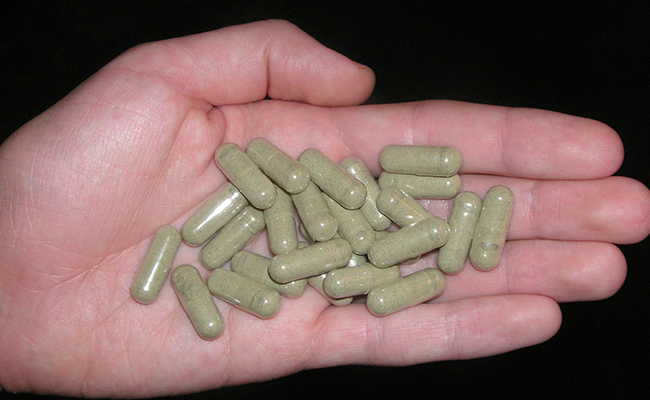 As the opioid addiction epidemic has grown all over the world, a number of things have emerged as potential alternatives to illegal and dangerous drugs like heroin and prescription opioids. In the United States there has been a growth in the availability and use of the herbal substance known as kratom. Although the federal government has sought to classify kratom as an illegal substance. There has been considerable push back on this issues from citizens and even from some medical professionals. Just what is kratom?

Kratom is a tree-like plant indigenous to Southeast Asia. Its botanical name is Mitragyna speciose, and it has been used by people in this region of the world as both a stimulant and as an analgesic pain reliever. As with so many folk remedies, the plant found its way into widespread use and can be abused in sufficient amounts. Kratom has been banned in Thailand, Maylasia, and Myanmar allegedly for its potential for abuse.

Research on the chemical in kratom which produces the desired effects is still extremely limited. What is available is largely anecdotal. Kratom can produce some of the same feelings as opoid drugs if taken in high enough doses. The side effects from this kind of use seem to minimal. They include nausea, anxiety, and constipation.

Both the promise and the danger of kratom is that the alkaloid chemical which produces the effects users are after follows similar neuro-pathways as opioids. These chemical attach to the neurotransmitters which allow for a rush of endorphins and other chemicals. Chemicals which induce a feeling calm and also alleviate pain and anxiety. These are the same neuro-pathways which are activated by opioids. However, kratom does not seem to cause the same sorts of addictive neurochemical issues as opioids. It is not addictive in the same way as opioids and some researchers believe kratom may actually be a potential treatment for opioid addiction.

The danger here for anyone who faces addiction of any kind is that the mere presence of a chemical in the body. Chemicals which alter the way one feels and alters brain chemistry in a way the effectively makes you “high” can be a potential danger. If someone is wrestling with addiction. They need to seriously consider whether or not is makes sense to take any mind altering substance no matter how safe that substance may seem to be. It is the fact of compromising ones state of mind which could be the factor one needs to weigh.

There is much left to be determined on the safety and potential therapeutic use of kratom. Authorities in the United States are trying to regulate kratom as a schedule I narcotic. Researchers and users are battling this regulation. There is a serious debate around the world about the safety of kratom. For the time being, anyone who has an issue with substance abuse would probably be better served to not use anything that induces something akin to intoxication. The risk of going down the road back to active addiction is too great to experiment with untested and unknown substances.