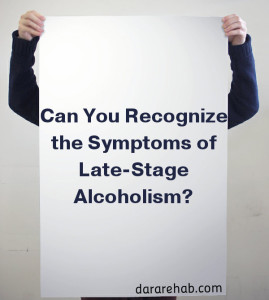 Alcoholism is a progressive disease. It is currently considered to be the nation’s third highest cause of death, but this might be misleading.

Although end-stage alcoholism kills many (by liver failure, drunk driving, etc.), many more die of alcohol-related secondary causes that may not be reflected in the statistics.

Most alcoholics will ignore the potential future consequences of continued drinking.

“Hitting bottom” is generally an emotional state brought about by the current accumulation of consequences, but it is instructive to list the potential hazards of continued use of alcohol.

Finally, there is “wet-brain syndrome,” which refers to either Wernicke Syndrome or Korsakoff Psychosis. 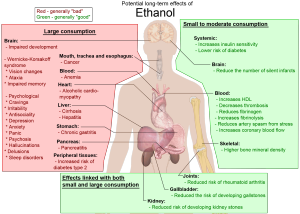 Wernicke Syndrome involves Injury to the brainstem and areas near the third and fourth ventricle of the brain. Bleeding of these areas leads to symptoms that include double vision, disorientation, hyperactivity, and confusion. Wernicke Syndrome is considered a serious medical problem requiring immediate treatment. If left untreated, it is often followed by Korsakoff psychosis, which can include a deficit of executive function, meaning compromised reasoning, memory, planning, and problem solving. Without intervention, an alcoholic with this level of impairment is unlikely to seek treatment, and death by alcoholism is the certain outcome.