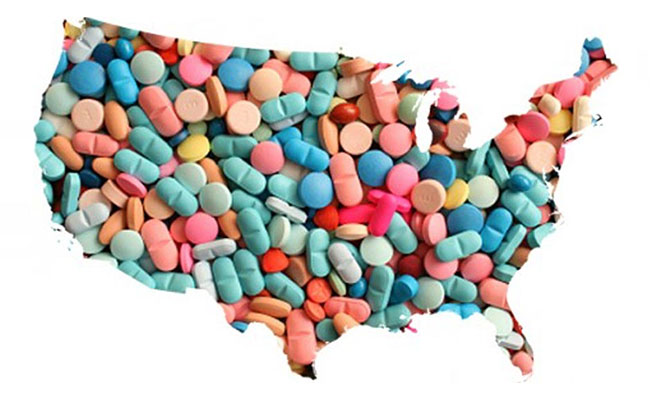 Opioid Abuse. Donald Trump Vows to Proclaim a National Emergency as Opioid Abuse Claims the Lives of 142 People on a Daily Basis.

The harrowing scale of the opioid epidemic is out. It has revealed that near 150 people die each day due to opioid abuse. However, President Donald Trump is set to take swift action, declaring a national emergency to control this shocking scenario.

It is perhaps ‘the’ deadliest drug overdose and epidemic recorded in US history. Trump’s panel has urged the Commander-in-Chief to address the situation as quickly as possible.

The recommendation to declare a nationwide emergency stems from a preliminary draft that is a part of the opioid commission report. The report itself comes from the horrifying statistics that went back to the death toll due to opioid overdose in 2016. Shockingly, more Americans lost their lives to this drug than the total US causalities reported in the whole Vietnam War.

In 2015, deaths reported from drug abuse and opioid overdose easily toppled the annual death toll from motor vehicle accidents, gang wars, gun violence and terminal diseases such as HIV/AIDS. You would also be surprised to know that the death toll from an opioid overdose in 2015 was more than the number of people who lost their lives succumbing to the 1995 HIV/AIDS epidemic.

According to a new report on the opioid crisis, approximately 150 people die every day due to drug overdose and the US is enduring a massive death toll each year. To put things into perspective. More people die due to opioid abuse every three weeks than the total number of people who lost their lives in the September, 11 tragedy.

The commission to combat the current tragedy in the US includes the following key members of Congress:

The commission contains some big recommendations – and mentioned below are some of the more important ones:

This is a major barrier the government needs to break, and the Commission seeks to do just that. By eliminating this inhibition, all 50 states will be able to immediately start treating thousands upon thousands of US citizens held up in current facilities.

However, the problem is inaccessibility. Only ten percent of modern and traditional treatment establishments and treatments offer this sort of drug abuse intervention and medication-assisted programs across the country. The commission seeks to greatly expand this method of treatments. It is even targeting prison systems and various other types of drug treatment institutions.

You or someone you know suffering from Opioid Addiction? CLICK HERE to get a Free Confidential Addiction Rehabilitation Assessment.