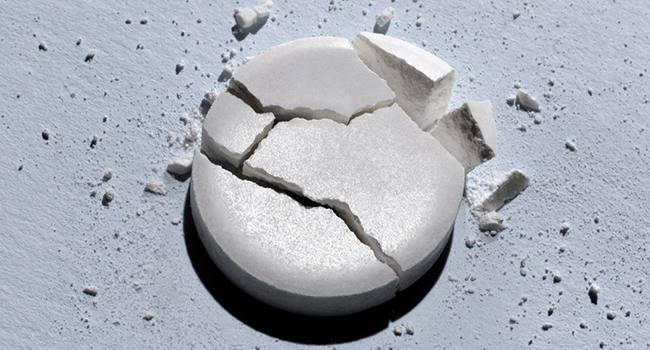 Those regularly using methaqualone are leaving themselves wide open to dependence, addiction and a stint in a reliable rehabilitation centre.

This is not scaremongering. It is borne out by a whole host of facts. Let’s start with 3 points on something regular users need to be fully aware of: Tolerance.

Use of this drug creates a rapid body tolerance and regular users discover very quickly that larger doses of the drug are required just to achieve the same effect.

Please understand this is not a slow process. It has been reported that even moderate daily use can lead to addiction within weeks.

Here is the double-whammy! Cross tolerance of other hypnotic/sedative drugs is also rapid.

What cross tolerance means is that if this drug is taken on a regular basis, and in conjunction with other drugs which are known to produce a hypnotic or sedative effect then doses of these other drugs need to be much larger than normal to achieve their stated effect.

This drug has been around for a long time. It was first synthesized in India in the 1950’s and during the early 1970’s it was one of the most prescribed sedative drugs available.

This should tell us that there has been more than sufficient time and user experience to understand its effects on the mind and body.

It is known that the euphoric feelings given develop more quickly than tolerance of its respiratory depressant effects.

In short, this means regular users are increasing their risk of overdose because they will rapidly increase their dose to achieve the same high as earlier experiences.

If you are abusing methaqualone – space the abuse!

While not recommending the use of this drug it is important for those using it to leave a gap of between several days and a week between doses.

At least by doing this you will be greatly reducing your risk of tolerance, cross tolerance and overdosing.

What’s with the hit?

A low dose is classed as anything between 75 and 300 mg. Those taking such amounts report the drug gives them a feeling of light sedation and sleepiness.

Those taking higher doses of 300 mg and above feel a far more pronounced euphoria and sedation.

Obviously recreational users want the euphoria, they do not want sedation or sleep so they will fight its soporific effects by forcing themselves to stay awake. By doing so they quickly reach their desired state; a dissociative high.

Methaqualone is usually taken orally and users begin to feel the effects within 20 to 45 minutes. The high will generally last between 4 and 8 hours dependent on the amount consumed.

During this ‘high’ they have a strong sense of well-being, feel relaxed, calm and their self-confidence increases.

Many state they lose their inhibitions hence its association with sexual arousal. Pain threshold is increased, and a tingling or numbness is felt throughout the body.

Where there is an “UP” you must expect the “DOWN”. Once the effects of this drug begin to wear off expect to suffer side effects which include feelings of nausea, vomiting, stomach pain, a hangover feeling, sweating, rapid heartbeat, urticaria (hives) and a loss of appetite.

That is the “Good” news!

Even at low doses this drug can cause dizziness, feelings of restlessness and anxiety. As the amount consumed increases prepare yourself for a feeling of weakness, men may well suffer from decreased erectile function while both sexes can suffer difficulty in achieving orgasm.

Then there is panic and paranoia to contend with (and this is not just because of your sexual performance!).

Even higher doses bring yet more problems. Many lose muscle control and others suffer heavily from mental confusion.

How about an overdose?

Hopefully, before any methaqualone users get anywhere near this stage they will be seeking help from a drug rehab facility, but just for the record, an overdose could well lead to body seizures, delirium, hallucinations, nightmares, coma and death.

As has already been mentioned, historically this drug was one of the most popularly prescribed sedatives as well as being hugely popular for recreational use.

However, over time users discovered just how many negative effects outweighed the positives and how addictive it was and the need for professional help to withdraw was required.

If you are looking to withdraw, addiction recovery resorts will certainly set you on the right track to recovery.

But it is also important for addicts to understand that there is a very strong chance of suffering severe cravings for the drug long after they withdraw, hence the suggestion that residential rehab options and continued aftercare must strongly be considered.

While there are many more reasons to choose in-house rehabilitation for those addicted to methaqualone. Here are just 3:

An addict’s current environment can have a lot to do with their current addiction. There is a good chance they will be mixing with other users, their home environment can feel sterile and quite often depressive. The natural way to turn in such circumstances is to your drug(s) of choice.

By entering one of the drug rehab programs offered by luxury rehab resorts you are entering an environment that is completely conducive to giving you the best chance of overcoming your addiction.

While addicts may think that such rehabilitation centres are beyond their financial reach they should think again.

Take a look at Overseas Rehab Resorts. The Dara addiction and recovery resort in Thailand being a point in case.

Set on the beautiful island of Koh Chang, the Kingdom’s second largest island, the prices at this extremely well run establishment for rehabilitation care and treatment knock similar treatment prices in western countries into a cocked hat.

Make no mistake, it is a brave decision indeed the day you confront your methaqualone addiction. Once you have admitted your problem, action and timely admittance to a rehabilitation centre is an absolute MUST.

While many clinics in your own country may put you on a “waiting list” you will find that in the majority of cases rehab abroad facilities will accommodate you extremely quickly.

Not only that, you will be receiving world class care and support in a world class environment.

Just as importantly the highly individualised addiction aftercare options offered by Dara give full flexibility, ongoing progress monitoring with a variety of options for you to choose from, and can also include 5 day “tune-up” sessions which are free of charge.