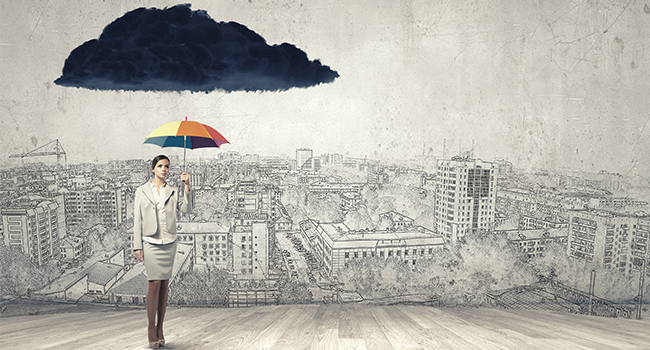 GHB impacts the same receptors that alcohol does. It can make you feel like your brain is slowing down. Users report increased sexual desire, intellect and emotion.

It can cause comas and seizures, as well as death.

What is GHB doing to your mind and body?

The view from regular users:

Those suffering from depression, or those who use GHB recreationally report that it works very quickly. Reports state effects begin between 10 minutes and one hour of consuming the drug.

The intense feelings regularly reported are of a strong and deep happiness. It also makes users far more sociable and open to mixing with others. Many claim they also benefit from increased and intense emotional, intellectual and sexual feelings.

From a sexual point of view it is claimed that feelings towards a partner become much stronger, you become much more ‘touchy, feely’ and your sexual desire is enhanced.

In terms of those suffering from depression, without the drug they often suffer from feelings of isolation and have no interest whatsoever in mixing with others, this drug is said to liberate them in this sense.

What is GHB to those who take it for ‘party’ use?

Recreational users claim that this drug is an excellent drug for parties and clubbing. That it gives them a ‘high’ similar to being under the influence of alcohol, it enhances the movement around them and within themselves, hence the ‘need’ to dance.

Their vision and 3-D aspect is better than normal, and colours contrast to give vivid sight experiences. In general it leaves them with a very good feeling and in a very good mood.

It is also claimed by many that repeated use gives them the ability to recall and re-experience previous ‘trips’ thus adding to their pleasure and complete relaxation.

When used for the correct purpose it can be beneficial

It is important to understand that this drug is an anti-depressant. It does help many suffering from a very serious condition which can affect their lives in lots of negative ways and quite often leave them feeling suicidal.

When taken in the correct doses and under medical supervision it can improve your outlook on life, ensure a better quality day to day existence and very importantly help you to get into a regular sleeping pattern.

We all need sufficient sleep to function. The problem with those suffering from depression often find they lie awake for hours on end which only compounds their feelings. It is also true that lack of sleep can magnify many problems.

What is GHB from a negative point of view?

Those recreational users who think they are in no danger by regularly using this drug should think again. It is one of the most controversial recreational drugs because it is very dangerous – and can be lethal.

In Melbourne, one nightclub Revolver Upstairs has banned it for fear of it harming or even killing their patrons.

There are many reasons for saying this. Here are just 5:

Anyone regularly consuming GHB is leaving themselves wide open to unwanted effects. These can include, but are certainly not limited to, loss of coordination; this is caused by losing muscle tone and excessive muscle relaxation. Difficulty in concentration can be a concern and some will suffer amnesia.

Profuse sweating is a problem and many who have ‘gone over the top’ with this drug mention passing out and even becoming unconscious. Probably the most concerning thing from a mental perspective is that many are leaving themselves open to regular bouts of paranoia.

If you are a user who has been hitting GHB too hard you will find that by reducing consumption too quickly will lead to side effects that are not pleasant.

Such effects include increased anxiety and trouble sleeping, many find insomnia a very unwanted and worrying side effect. Regular bouts of sweating and shaking are commonplace, and at their most severe such symptoms caused by withdrawal can incapacitate.

Quality – Illegal Purchase; what is GHB mixed with?

Those using GHB illegally will more than likely be purchasing a drug that has been made in an underground laboratory. Please understand there are no safety standards or regulations followed by these unscrupulous drug producers.

This means that quality and strength are very likely to vary from batch to batch and which ‘production centre’ the drug was made in.

Just to give you a flavour of what you are ingesting, it is common for such labs to use industrial strength solvent which is used to strip floors, lye or drain cleaner when producing your ‘pure’ GHB hit.

Mixing GHB with alcohol is a definite ‘No-No’

We will touch on drugs cocktails shortly, but GHB and alcohol deserves its own explanation. You really are increasing your risk of serious health damage and even death by mixing GHB with alcohol. This is because the combination makes the effect of alcohol far stronger.

Symptoms of combined GHB and alcohol use include unpleasant and nauseating vertigo, vomiting, trouble breathing and falling into a deep sleep where people are unable to wake you.

Some of the most serious problems are caused by users taking a first ‘hit’ of GHB, drinking alcohol, thinking the GHB is not working well enough and then taking another hit of GHB.

Once the multiple ‘doses’ of GHB begin to take effect and you continue drinking alcohol you are creating a surefire recipe for problems.

What is GHB in a drugs cocktail?

In one word: Danger!

This form of GHB drugs use is also common among those looking for a ‘higher high!’ Many users will mix GHB with cocaine, ecstasy, speed or weed. Please understand that while this may seem ‘fun’ the potential health problems you are leaving yourself open to are anything but fun.

Do not even think about GHB if:

Anyone who has breathing or respiratory problems, Asthma, or those suffering from low blood pressure should not even entertain the idea of using GHB. It is known to increase such problems and at worst can prove fatal.

Undoubtedly this drug has uses for those suffering from depression and major sleep problems. In such instances it should only be used as prescribed by your health practitioner and alcohol along with mixing GHB with other drugs must be avoided.

Those taking GHB recreationally should always err on the side of caution in terms of the amount taken. Please bear in mind that there is no standard being followed by the underground laboratories producing it, and that if you fall into the trap of regular use you are leaving yourself open to a whole set of potential physical and mental health problems.