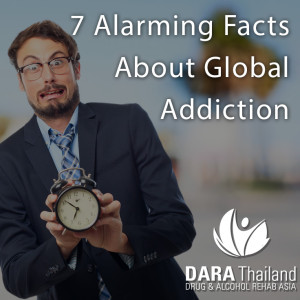 Addiction is not just a personal issue. It is a global threat. The National Institutes of Health (NIH) reports that at least 15.3 million people worldwide have drug use disorders; of those, 2.3 million meet the criteria for drug use disorder. By examining addiction on an international level, agencies like the NIH, the United Nations, and the World Health Organization are sharing information, discoveries and solutions, opening doors to recovery that might have remained closed without public education across international borders.

Some recent findings that may surprise or even shock you: