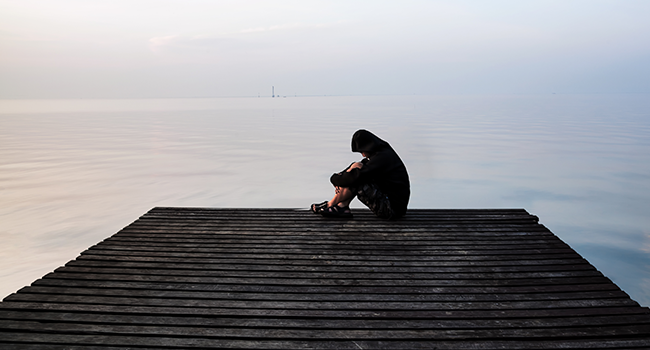 Similar to the age-old question about the chicken and its egg, no one really knows the true answer. Does depression breed addiction or does addiction cause depression? To fully understand which is the case, we will have to step back and look at both from each other’s perspective.

Depressed addict is an addict with cravings. It will be hard to find a sad addict that has just had its dose of their drug. Being high is actually a very short-lived experience during an addiction. Much more prevalent is the feeling of uncontrollable need to find more and use more. Being addicted to meth and not having any meth is unsurprisingly a very stressful situation. The addict is in dire need of the drug both mentally and physiologically. After a while, this constant depressive and stressful feeling of cravings that are not satisfied take its toll and the depression sets in as a normal daily routine. Contributing to this is that many addicts realize they are slowly (some faster than others) killing themselves, yet feel unable to do anything about it. This feeling of uncertain future, dread, and knowledge of certain death either by slow onset of organ failure or quick overdose, it makes the addict in question very susceptible to depression and its symptoms.

In a lot of ways, depression for an addict is not a question of “if”, but rather “when”. For many, it is a given and only a matter of time until it sets in and amplifies the hardship an addict is going through and often makes the addict use more and more often, to combat it. It is a vicious loop, though, one that will never end until at least one of these two contributing factors get addressed.

A depressed person is very hard to understand for he is often depressed due to factors that are of any matter only to himself. Anyone who has ever seen a child losing his mind because he dropped a lollypop will know the challenge to empathize and understand the upset person while suspending their personal beliefs in regards to losing candy to the unforgiving force of gravity.

A depressed person feels trapped and chained to their current life. A life that feels unfulfilling and a dead end. Drugs can be a very dangerous thing to a person with that kind of thinking. If there is one thing that drugs do well, it is the feeling of being someone else. Being constantly and utterly depressed and suddenly feeling like a new person with no worries in the world after a bump of cocaine or a drag of meth is a cocktail for disaster. It does not take a crystal ball to foresee the need to use again and again, just to sustain their escape from their depressive world. Drugs are addictive and make their victims feel like they need to use more already, all by themselves. Adding depression in that mix magnifies and speeds up this need exponentially and with devastating results.

Ready availability of prescription drugs that are highly addictive does not make it any easier to avoid a potentially self-destructive scenario. If a person who is prone to depression gets prescribed some painkillers for his broken leg, it will not be long until he will realise that these painkillers help with both their broken leg pain and their world views. Then the point of no return comes – the leg is healed and there is no longer any need for prescription painkillers. So the now addicted and depressed person feels like there is no more way out and resorts to illegal sources of this or a similar drug.

In the USA alone more than half of heroin addicts at some point started with prescription drugs like Lortab or Oxycodone and when their treatment course called for them to stop the use of these drugs, it was already too late. The addiction had set in and with the legitimate source of this drug cut off they devolved to heroin use.

It is not necessary to be depressed to get hooked on drugs and become addicted. Likewise, you do not need drugs to become depressed. They both compliment each other in a truly spectacular and devastating way, yet are not mutually exclusive to each other. That said, it is only good to look out for early signs of either case. If caught quickly enough, proper care and attention can mean the world of difference to the person who suffers from an addiction, depression or even both.