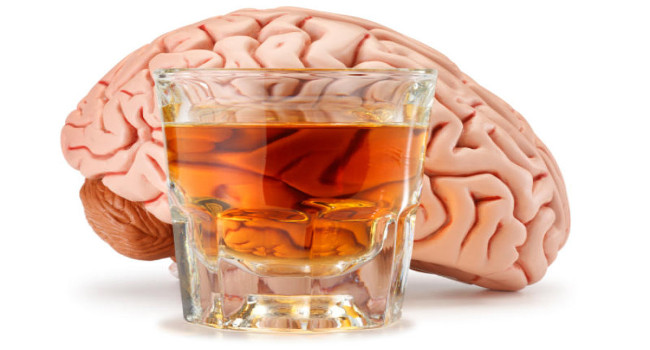 A recent study which has been conducted by The Scripps Research Institute (TSRI) might be able to help develop new treatments for alcohol misuse and dependence.

The study that took place surprisingly revealed an important difference when comparing the brains of rats who were dependant on alcohol with those of nondependent rats. Both groups, when consuming alcohol, showed an increase in activity in part of their brain known as the central amygdala (CeA), however, this was due to different brain signalling pathways.

Marisa Roberto, TSRI professor who conducted the study has said that findings will enable researchers to develop personalized treatment plans for those who are dependent on alcohol as they should be able to evaluate how someone’s brain responds when differing therapeutics are given.

This new research has built on a previous study carried out by the same team which found that neuronal activity is increased in a rats CeA when alcohol is consumed. The team saw increased activity in both dependant and non-dependant rats.

As this phenomenon was investigated further in their new study, the team were excited to discover the mechanisms involved in the increased activity were actually different between both groups.

When a non-dependant rat was given alcohol, the team engaged a set of protons known as calcium channels which resulted in heightened neuronal activity. The calcium channels increased the release of the neurotransmitter GABA causing neurons to fire. Blocking these calcium channels reduced the voluntary alcohol intake amongst the rats.

However, in the rats which were dependant on alcohol, the team discovered a decreased amount of calcium channels on cell membranes therefore causing disruption to their usual capacity to drive alcohols effects on the CeA activity in the brain. Instead, the increase in activity was actually driven by the stress hormone known as corticotropin-releasing factor (CRF) and CRF-1, its type 1 receptor. The team discovered that when they blocked CRF1’s, alcohol consumption (voluntarily) in the dependant rats was reduced.

By studying both of these groups, a light has been shed on how alcohol can alter the brains functions.

“There is a switch in the molecular mechanisms underlying the CeA’s response to alcohol (from LTCC- to CRF1-driven) as the individual transitions to the alcohol-dependent state,” she said.

The researchers who conducted the study hope that the findings will lead to increased and improved ways to treat alcohol dependency. There are many root causes of alcohol abuse, but this research suggests that health professionals could analyse symptoms or genetic markers and determine if a patient has CRF–CRF1 hyperactivation. If a drug is developed that blocks this activity then it could be a game-changer.