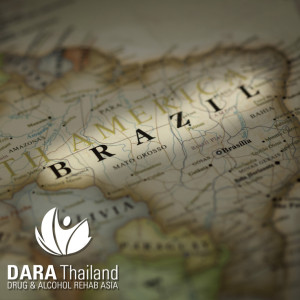 Not that long ago,  the United States was noted as the world’s Number One consumer of crack cocaine, but crack in Brazil has become an even bigger problem, with a whopping one-million Brazilian users. The spread of cocaine use is being referred to as an “epidemic” by Brazil’s government officials and by the global press.

There’s no mystery as to why crack is a problem in Brazil. The country shares borders with the three largest cocaine-producing countries – Peru, Columbia and Bolivia. And it’s been experiencing strong economic growth, with plenty of disposable income available for everything from luxury cars to expensive drugs. The real question is whether the country’s current approach to the epidemic will help Brazil hold back the tide of addiction and ride the wave of real economic prosperity.

Dozens of approaches have been tried by the Brazilian government, but the country’s capital, Sao Paulo, is taking a particularly pro-active stand. The city’s mayor, Fernando Haddad, has embraced a harm reduction approach, with a focus not on stopping drug addiction but on reducing the harm caused by drug users – harm to themselves and to their communities.  The city took over a collection of flophouses around an area of the city known as Crackland – a slum-infested hub of users within the city — and set 400 addicts up in long-term accommodations. The program is called “Open Arms” and offers addicts primary health care, three meals a day, showers, and a city job.

Critics of Open Arms say it’s not evidence-based and won’t solve the problem of crack in Brazil. But housing addicts and employing them in city jobs costs less than a quarter of what it costs to hospitalize them. The program boasts numbers of addicts who are now housed, employed and motivated to leave the streets of Crackland. Mayor Haddad says his program is helping “recover the heart of the city” and hopes it will be a model for his country.