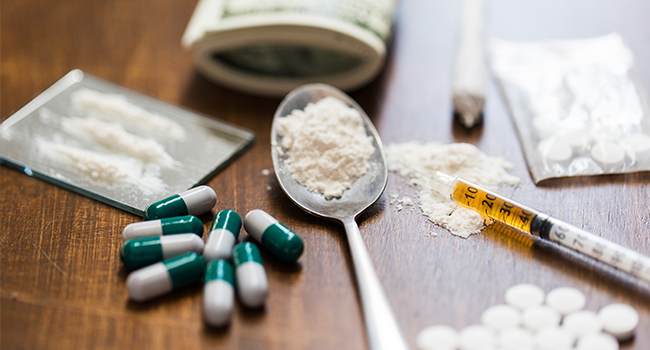 When someone asks you, what are drugs, the first thing you think, of course, are all the movie and mass media classics – cocaine, heroin, and meth. However, many do not understand, that people who have never touched a snorting tube, a syringe or a pipe have also been using drugs. Unless you have never been ill, you too have used drugs sometime in the past.

To put it simply, a drug is a substance that affects the human body and brain in a physiological way when used. Since they affect the human brain in such a profound way, many of these drugs also have a “knock-on” effect that reaches beyond physiology. They can break the brain chemistry balance and affect the person psychologically. This is why so many people can not believe a person they know would ever use drugs since the addicted John Doe is so much different to the good old John Doe they knew all this time.

There are many different types of drugs, we will go over those at some other time. For now, let us examine how exactly drugs affect us and why their use is such a “catch 22” situation.

The brain, so infinitely complex and scary, it is difficult to explain it and its functions since no one can ever honestly claim, that they have discovered its mysteries and knows everything there is to know about it. What we do know, however, allows us a glimpse into why addiction is a type of disease, and why it is so hard to treat. We go into full detail of this in our previous articles – Addiction: An Unconventional Disease and its additional parts two and three. You should definitely read up on them to understand why it is a disease and how it affects the brain. Without repeating ourselves too much, for the purposes of this article, it is important to understand that a continuous use of drugs essentially changes you as a person. It re-writes your brain and its ability for rational thought. An addiction roots itself so deep in the human brain, that it works at an instinctive level. It is hard to argue with instincts, is it not? If someone throws something at your face, I dare you to remain motionless and don’t blink. Even if you are aware that such a thing will happen at any moment, you will still flinch, blink or brace for the impact in some way. An addiction taps into that most basic of our instincts – self-preservation and survivability. The drug is so ingrained into an addict’s daily life, that its use is perceived by the body quite literally as a matter of life and death. This is why people who think that quitting an addictive drug is as easy as “just stop using”, should be required to undergo the previously mentioned flinching experiment. There would be a lot less useless and downright inconsiderate remarks towards addiction and people who suffer from it.

Use and its various forms

There are hundreds of different drugs out there. Thousands even, if counting the different variations of the existing drugs and of course the recent trend of the designer or synthetic drugs. They all trickle down into seven types, judging by how they affect you and your brain, and in 4 types when judged by the way how they are used and administered. For now, let us focus on the administration.

Everyone knows the dreaded needle. As kids, we would hide behind our parents whenever it was time for our flu jabs and other kind of immunizations. It is not pleasant and a painful way of administering a drug. It is, however, extremely efficient. It taps straight into the superhighway of the human body that has an express route to their target – the brain. We are talking of course about the bloodstream. It is also preferred by advanced addicts who need their choice of drug to hit them hard and preferably all at once. This leads to very high chance of lethal overdose.

This type of administration is very popular with quickly dissolving drugs and specifically powders. Speed, cocaine and many other drugs are usually used this way, by simply snorting it through the nose, where the mucus in nasal passages absorbs it very rapidly. The thin walls of blood vessels allow this to be a very effective way to take dry, fine powdered drugs.

This type of use banks on the way our body absorbs oxygen. It piggybacks on the same system and is usually “huffed” or inhaled by burning the drug to release its vapor. It is absorbed and introduced into our blood streams through the lungs and its countless alveoli – a network of tiny cells that act as the interface between airborne particles and the human bloodstream. This way is very intense and quick but usually does not last very long.

Probably the most ancient way of making sure that something outside of the human body is introduced to it – eating it. The most popular drug in the world – alcohol, is used this way. Most pills and quite a few natural drugs are also used in this way. Yet again the drug is hitching a ride down a very natural system – feeding. We usually absorb nutrients and sustenance this way, through stomach and intestines.

We will go over the seven distinct types of drugs in our next article. Come back to learn more about drugs, what they are and how they pose one of the biggest threats to modern human civilization – the addiction.