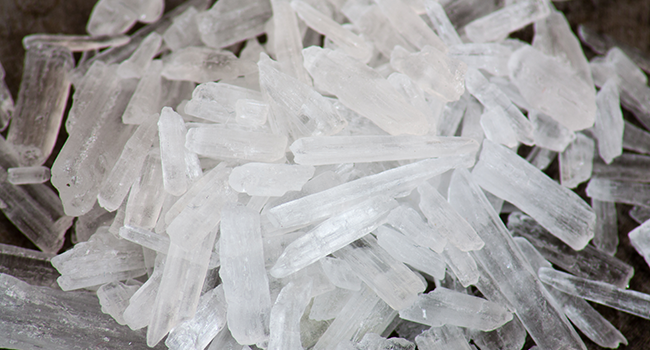 Methamphetamine is a highly addictive drug. It is relatively easy to produce, very easy to sell and users quickly get a taste for it which demands feeding on an increasingly regular basis.

Drug and medical professionals have given 3 levels of classifications in terms of meth use. These will be explored to help you understand where you are on the meth ladder, but first:

Why such an appeal?

It is important to understand what the attraction is to this synthetic drug and why it is so ‘moreish’.

Pleasure, confidence and energy beyond belief are yours. This ‘meth high’ affects a person both psychologically and physically. It changes how a person feels emotionally and alters the thought process.

Such intense euphoria gives a sense of reward that is similar to when you have achieved something. These good feelings are obviously something many want to experience again and again, hence continued and increased use of meth.

Others use meth to help blunt unwanted memories and emotions they would rather forget, or to help them forget any current difficulties they are currently experiencing.

It has to be said that to an extent the drug is successful at blunting such negative thoughts, but only until the effects begin to wear off.

The problem with using meth as a crutch to forget such problems is that only temporary relief is achieved. Please be assured that the same bad memories and a realisation of current problems will come flooding back and their return is often compounded.

The obvious answer is to have another hit to ‘escape’. Because the mind and body have a strong tolerance for meth this continued cycle quickly leads to dependence.

An additional problem is that increased amounts are necessary simply to achieve the same high as previously experienced.

This is where every meth user begins, and at this stage none will have ambitions to climb any higher.

In the main, entry level users will swallow or snort meth. There are several ready-made excuses that help the occasional user convince themselves that the drug will help them in certain situations.

Their intention is that this will merely be short-term use and will certainly not become a regular event.

A common example is for those who have an urgent assignment or job that needs completing within a deadline. Taking meth stimulates, it keeps you awake and ultra-alert. Such energy enables you to finish the task at hand.

Another easy excuse is in terms of weight loss. On the face of it meth is the perfect accompaniment for weight loss. While under the influence hunger takes a back-seat and the weight will begin to drop off.

The issue with both ‘excuses’ is that you are really only preparing yourself for the middle rung of a ladder that was not initially considered.

The more ‘successful’ an occasional user finds meth, the more they will be tempted to increase use. This increased use offers higher highs that are quickly achieved by smoking or injecting the drug.

It is very true that the rush received will be far more intense, it is also true that you are now climbing the meth ladder saddled with psychological addiction.

This is when you rushing towards the top of the meth ladder. These users are commonly referred to as ‘Speed Freaks’. They are so hooked on the drug that any notion of coming down is absolutely unthinkable.

They will do whatever is required to make sure they get their hit, the problem is that they are now in a desperate spiral of meth use. Their efforts to maintain the same hit as previously received result in further increased use.

For those wobbling near or at the top of the meth ladder urgent rehab treatment is the only way to stop this damaging cycle.

Failure to seek professional help will eventually send them toppling of the ladder with serious physical and mental issues as their parachute.

It can all happen too quickly:

When starting at the bottom rung of the meth ladder every user thinks they have the strength and willpower to take or leave this drug.

The amount and regularity of use is soon so out of hand that nothing else really matters but where that next hit is coming from.

Whatever type of user you class yourself as it is important to understand that help is available. The sooner professional rehab assistance is sought the sooner you will be able to get off this unwanted ladder and stand on your own two feet.