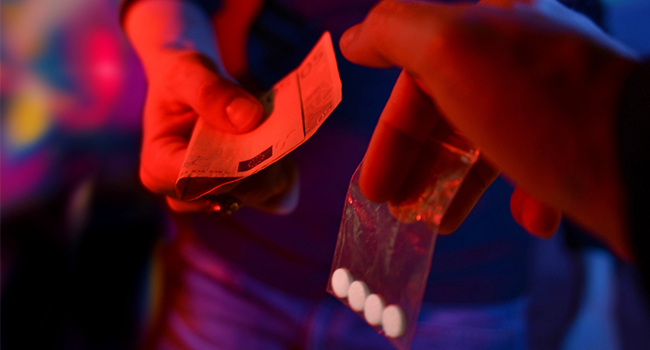 Everyone deserves a holiday, it is seen as a reward for hard work throughout the year, a time to kick-back, relax and forget those everyday challenges of daily home life.

Many will decide to take a break in their own country, but for others heading abroad is par for the course. The world has been getting ‘smaller’ for many a year now thanks to the ever increasing number of global destinations available from the myriad of airlines out there, and for many, heading to foreign climes is an accepted part of the adventure.

But what begins as a dream vacation could very rapidly to turn into a nightmare from hell for those who risk purchasing and using drugs while abroad.

Let’s take a look at just a few of the reasons why such risks far outweigh any highs you may be looking for.

Drugs are a global commodity:

One thing is for sure, there are not many countries in the world where illegal drug use is not flourishing. Indeed, several popular ‘recreational’ drugs that are common in western countries originate from overseas. Cocaine and Heroin being just 2 examples.

But just because you happen to be heading to a country where a drug is either produced or freely available does not mean you are free to purchase and use them whilst there.

Why consider buying drugs in a foreign country in the first place?

Only you can answer that one, but some common explanations are the fact that you may be a regular user of illegal drugs in your own country and want to sample the local ‘wares’.

Perhaps the relaxed, easy going mood you quickly slip into tempts you to look for a little bit ‘extra’, or the fact that you are partying that much harder every night leaves you feeling in need of a boost.

Whatever your reason, please think long and hard before entering into a deal which could leave you at best short-changed and at worst spending time in a foreign jail.

Dealers do not have your welfare at heart:

While this statement is true in your own country, it bears a bigger significance when you are abroad. Many of the countries you will visit have a majority of the population that are far less prosperous than you. The fact that you have enough money to travel thousands of miles and can afford to seemingly spend as you please gives dealers in those countries a huge incentive to turn a large profit by selling drugs to foreigners.

You will be seen as a temporary target where the price charged will be far higher than what a local would pay.

Dealers are not always what they seem:

Again, while this is true in your country, most who purchase drugs in their local area will have some knowledge of the dealer. Those pedalling drugs in foreign countries could well be in ‘debt’ to the local police force and be providing information as an informer.

A foreigner makes a very tempting target. Just picture the scene: After a first time purchase you are keen for more and know the dealers ‘patch’. A visit is made, the deal is done and 10 minutes later you are apprehended by the police.

Please do not think this is unlucky. The fact the dealer has ‘grassed’ you will quickly dawn as will the reality of the situation.

The other thing to be very aware of is that many foreign police officers operate in plain clothes. Any drug deal seen by, or discussed with these guys ends with a rapid visit to the local police station.

Understanding the do’s and don’ts while in foreign countries:

The majority of people are fully aware of what is legal and what is not in their own country. Looking at laws from a holiday point of view this includes the legal drinking age and severity of sentence faced if caught in possession of illegal substances.

Those who visit foreign countries would be well advised to understand some of the major laws of that country before arrival.

Using the excuse “I didn’t know what I was doing was against the law” is NO excuse at all!

While bribes to get out of the mess you are in are possible it will cost heavily and should certainly not be relied on as a ‘get out of jail card’.

If prosecution does go ahead, you could very well exchange days on that tropical beach or around the pool and your pre-booked return flight for time on remand in conditions you would not wish on your worst enemy.

It is also vital to understand that some of the penalties for possession and use of drugs are far more severe than in your home country.

Keep it safe, keep it sensible – Stay away from drugs while abroad:

The vast majority of those who dabble with drugs will have heard anecdotal tales of others buying and using drugs while on holiday. In the main the stories will be true, and the recipients will have avoided any problems with the law, but please do not think because you are a foreigner this renders you immune from prosecution.

The reality is that the risk of drug purchase and use while abroad is just too big a gamble to consider.