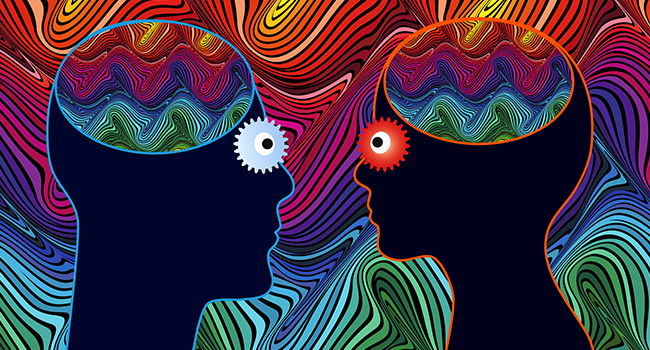 Lysergic acid diethylamide or LSD as we commonly know it is rumoured to be taking an ever stronger foothold in the club drug world.

This old timer has been around for many a year. It was first made in Switzerland by the world renowned Albert Hofmann in 1938, and another 5 years before he ‘discovered’ its psychedelic effects.

Way back then he could surely never have imagined the popularity and controversy this highly powerful substance would spark decades later.

LSD use peaked in the so called counterculture of the 1960’s, before its increasing use worried western governments so much that many declared it illegal.

While it has never really gone away, it had become far less fashionable than other ‘recreational’ drugs, but if the clubbing culture rumours are to be believed, let’s hope this new breed of user fully understands what they are letting themselves in for.

The psychedelic and hallucinatory effects along with the length of a ‘trip’ need to be fully understood before anyone even considers messing with it.

Those who are into club drugs need to understand that this drug can swing you one way or the other. Its unpredictability means you could be in for a very pleasant experience or one that nightmares are made of.

One thing is for sure, whichever way you turn, the trip will last far longer than any other single dose of drug you have ever experienced.

The use of LSD is now seen mainly as the domain of younger users. Those who enjoy clubbing, concerts and festivals see it as an excellent way of experiencing and enhancing a long night.

When under its full influence a user’s sense of reality and perception alter drastically.

Colours become extremely vivid, still images move, and a constant shift of imaginary patterns overlay each other. Sound-wise it can distort, intensify and cause echo-like hearing. On a good day an LSD trip will greatly enhance a user’s listening experience.

How is it taken:

Most commonly it is swallowed, or comes on blotting paper which is held under the tongue until it dissolves.

Never wishing to miss a trick, those who produce the drug will usually imprint the perforated blotting paper with bright, cheery cartoon characters. It must be said that once taken many users do not feel so cheery!

It can take anything between 20 and 45 minutes to kick in. This is dependent upon the strength of the batch, and how the user’s brain responds.

Once the trip has begun it generally peaks between 3 and 4 hours after taking it, with effects lasting for up to 12 hours.

While this may sound perfect if the experience is one of pleasure, it can be an absolute nightmare for those going through a bad trip.

There is ALWAYS the possibility of a bad trip:

One thing many users fail to understand is the unpredictability of the drug. Just because their first or subsequent trips have been good this does not mean future trips will be the same. The straight fact is that each time you take LSD there is the possibility of a bad trip waiting.

While good trips can be seen as pleasurable experiences that stimulate the mind and vision, bad trips can be very bad. Heavy, negative emotions can flood over you. This includes paranoia, irrational fears and a deep anxiety.

Some suffer panic attacks, others feel totally without hope. Rapid mood swings are common, and at its worst a bad trip can give strong feelings of wanting to harm others, or having desperate thoughts of suicide.

At the risk of repetition, and no apology made for it, these nightmare trips can gradually build to a peak up to 4 hours after taking a ‘tab’ and then take another 8 hours to gradually subside. Let’s face it, that is an awful long time to be in such a frame of mind!

The good news and the bad:

This means to achieve the same effects as previously experienced you will need more of the same. More of the same will leave you suffering with serious ‘mind’ issues.

Due to the fact that there are no withdrawal symptoms associated with those who abuse LSD, rehabilitation establishments need to focus on a different treatment approach to other addictive drugs.

This treatment will major on the psychological level, and will include such things as behaviour modification and extensive one to one counselling.

This counselling will often relate to depression which many heavy users suffer from, and very importantly they will be encouraged and educated on how to live without the need for this powerful, long lasting and potentially destructive drug.