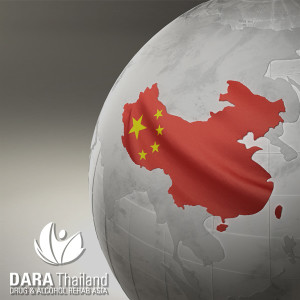 After being arrested for a drug offense, users are sent to state ran detoxification centers. These centers concentrate largely on labor and production instead of medical and psychological care. Those arrested are also enrolled in a drug user registry, and minor of offenses can cost a Chinese citizen quite a bit of money.

Marijuana users are put into the same centers and programs as oxycodone and heroin addicts. As with most countries, there is a diversity in the drug of choice for most populations. For China, 60 percent of the registry consists of heroin users, and heroin users typically see the harshest of societal judgment.

Being added to China’s drug user registry is not only costly and lacks discrimination based on drug and dependency, but it also carries a high stigma that affects people’s ability to safely seek treatment.

Users who may have developed a disease such as HIV/AIDS due to risky behavior associated with drug use, are now hesitant to come forward and seek help due to the stigma associated with the disease. While wanting to clean up drug use is a noble endeavor, treating drug users inside of labor-intensive centers with little to no medical or psychological use can be detrimental to the recovery of an addict.

Stigma is a very weighed emotional concept, one that can send a user into a life of blacklisting and scorn. Individuals suffering from a drug addiction need complete medical, physical and psychological care through a team invested in their success.